Bike of the Month – Transition Scout! 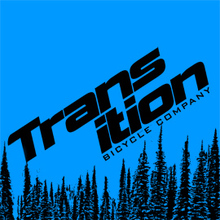 If you weren’t already aware, the big news here is that we’ve taken on legendary mountain bike brand Transition, and our first demo bike – the Transition Scout – is ready to roll.

This is a bike unashamedly designed for hard riding, as Transition say: ‘up and down mountains’.

Rolling on 650b wheels, with 125mm of rear travel courtesy of a Rock Shox Monarch shock, the Scout is part of Transition’s completely re-designed line-up of 2015 bikes, with the single-pivot suspension system replaced by a ‘giddy-up’ Horst link for a supposedly plusher ride.

Have they got it right? We gave the Scout to Rob Eveleigh for a Forest of Dean thrill ride – read on to find out why we’ve made the Scout bike of the month! 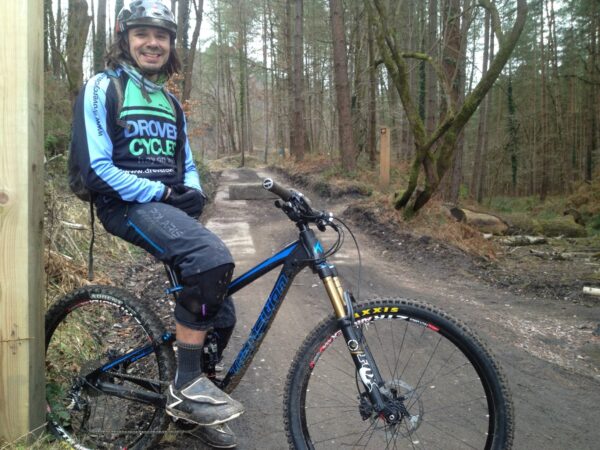 First impressions – before you swung a leg over, what were you thinking?

What you notice is that it’s a pretty understated, classy-looking frame. There’s no real show-boating or fancy bits, no over-the-top swoopy lines. Just that bang-on-trend matt-black finish, and the royal blue decal accentuated by the heads of the anodized pivot bolts. You get the sense that the bike doesn’t really need to show off. It’s just inviting you to go and find some trouble.

The Scout came frame only and was built up in-house at Drover. It’s not a particularly bling build either – which in many ways is a good way to demo this bike as you get an honest insight into what the frame weighs. There wasn’t a single piece of race-weight Shimano XTR componentry in the spec, and in fact only the rear derailleur was XT. The rest of the kit – drive train, shifting and brakes – was mid-range SLX or Deore. Regardless, the bike still felt impressively light. Admittedly, this build was missing a dropper seatpost which is inevitably going to add a bit of weight, but the bike is no lunk and I wasn’t anticipating any kind of a struggle going uphill.

I’d been warned the suspension needed setting up but didn’t have time for hours of tweaking – I threw some air in the shock and forks to get them somewhere near 30% sag and set the rebounds about half way. To be fair, I just wanted to ride the thing! 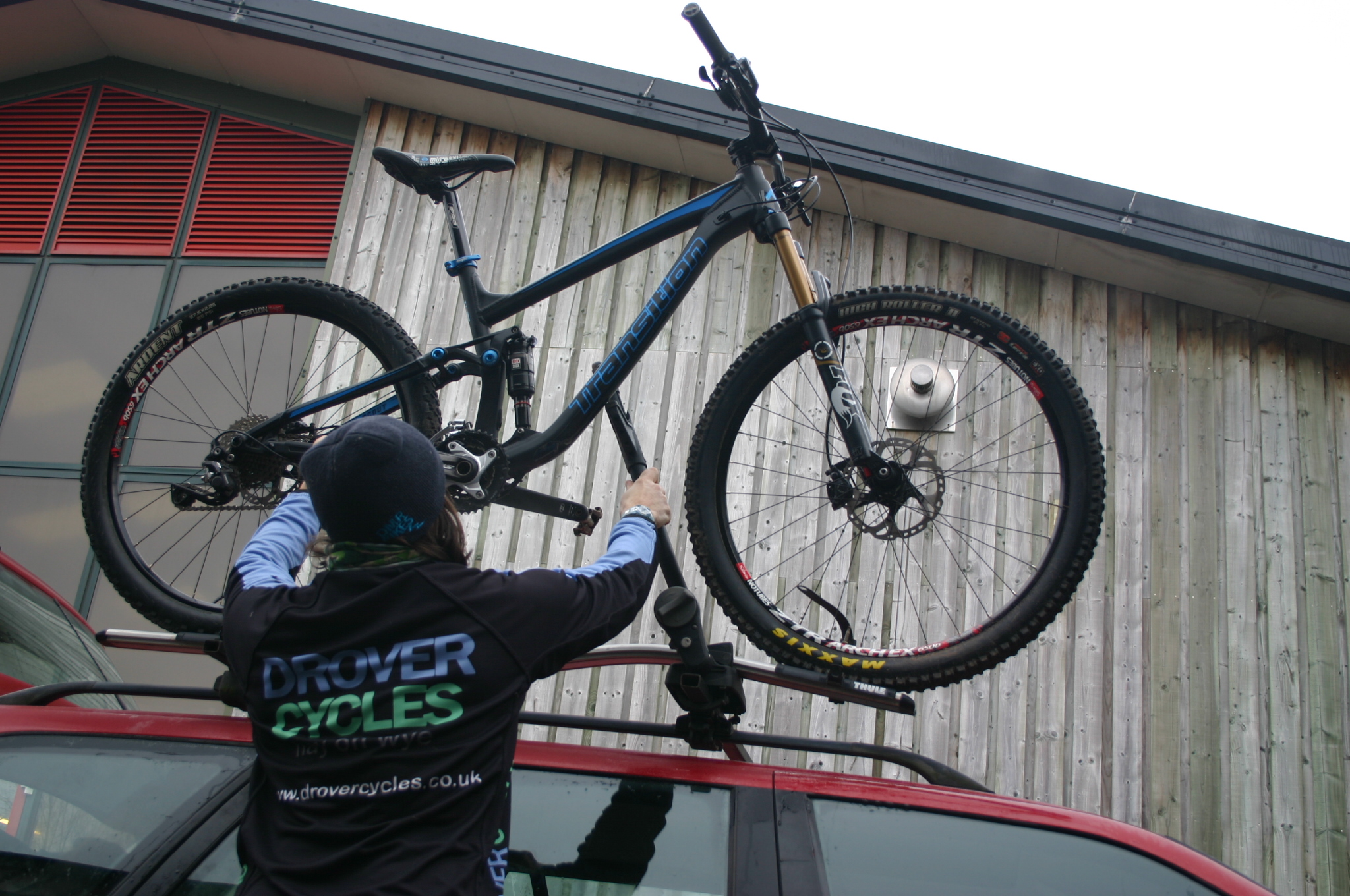 Ok, so you jump on the saddle – how does the bike feel as you set off?

I was determined this day was going to be about the Transition Scout, not the trail, so I took it somewhere I knew well – the blue-graded Verderers at the Forest of Dean. Riding something fairly benign that I’ve been on countless times before meant I could concentrate on the Scout.

Maybe I needn’t have bothered because from the outset I was surprised at how ‘right’ it felt. On a new bike, you expect to thrown by the novelty of it all, especially when you’re riding something with the pedigree of a brand like Transition, but instead I just got the sense I’d found a really good fit. Part of it is owing to that down-sweep on the top tube – you feel like you’re sat in the bike, rather than on it, so you get a real sense of connectedness.

Next you’ll be telling us the 650b wheels made the trails come alive….

Well, no. Or maybe yes. I hit FOD at a good time after a spell of dry weather when the ground was mostly frozen hard. A stack of a new PRs on Strava confirmed what I’d suspected – the bike was quick.

Plush suspension ironed out the lumps and I found myself leaning the bike into berms much more than I’m used to on my old Rocky Mountain. 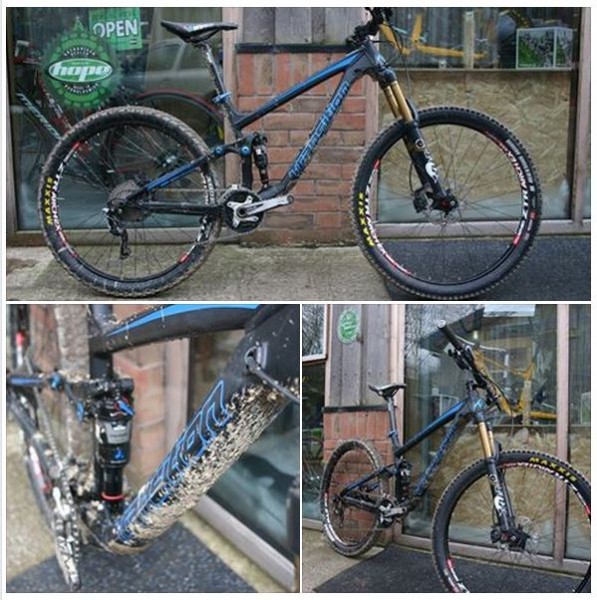 All sounds well and good on a blue-graded trail. But what about when the going gets rough?

I had a quick play on some of the easier downhill stuff. You could argue that a 125mm trail bike isn’t really going to shine on this kind of terrain but I suspect you’d be wrong where the Transition Scout is concerned. Of course, you’re not going to hammer through Hafjell-style rock gardens on it, but as an all-rounder that you can ride all day up and down mountains, at trail centres and bike parks, as well as throwing it down a bit of enduro-style trail or downhill if you fancy, this bike is more than capable – the only thing holding it back was its inept rider and the lack of dropper post.

120-125mm of rear travel seems to be the sweet spot for a lot of UK trail riding. The Transition Scout manages to feel like it has more travel at its disposal,and gives a fantastically composed and confidence-inspiring ride. It’s more bike than I’ll ever need, but it’s not about need – it’s about want!

We’re ideally placed for arranging Transition demo rides on the outstanding natural trails of the Black Mountains, or at the Forest of Dean, Brechfa, Hopton or Bike Park Wales. If you live further afield we can discuss boxing up a demo bike up for you and sending it via courier.