Contraband in the house! Bag a Transition Smuggler… 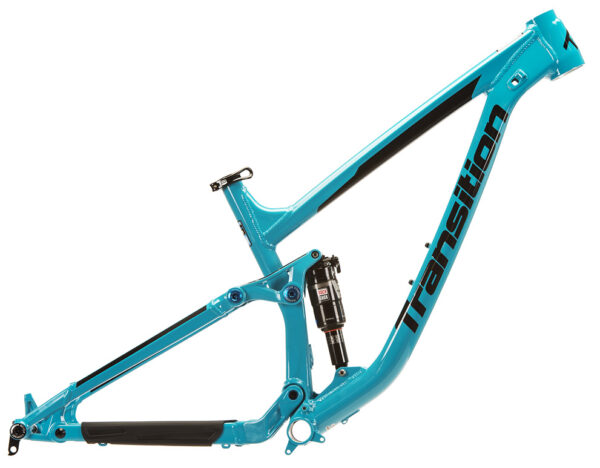 Transition Bike’s new range of giddy-up full-sussers have become as rare as rocking horse doo-dah since the bikes launched earlier this year.

BUT we’ve got our hands on a gorgeous teal blue Smuggler 29er in size large, and it’s chomping at the bit to be unleashed on some dusty summer trails!

The Smuggler takes big wheeled bikes in a new direction with a short travel platform that isn’t short on versatility.

Aggressive geometry with a slack 67.5 head angle and roomy cockpit let you push the bike hard while the 29″ wheels smooth out rough terrain. The short 435mm chainstay and 115mm of progressive suspension keep the bike agile, responsive and playful for maximum fun on whatever trail you choose.

And if you’re concerned that 115mm will leave you short-changed on suspension, worry not!

US-based Bike Magazine gave the bike a thorough going over for their 2015 bible of bike tests, and were blown away by its capability.

‘It is insanely good at railing down trails. It doesn’t even care where the line is. It is designed for people who want to hit things really hard,’ enthused one test rider.

Another praised its climbing prowess, saying: ‘I was aiming for the worst possible line you could take and it rode up everything absolutely beautifully.’