They’d always used a luggage transfer service (check out our own supported packages) to move their bags on from stop to stop, but for their recent tour of south and mid Wales, they decided to step things up a gear and go it alone – hiring bikes from us as a means of trialling a pair of Surly Disc Truckers ahead of a potential purchase.

How did they fare on their journey into the unknown?!

Over to Roger for this in-depth trip report…

We began to talk about “proper touring” with panniers. Before committing to the expense of two new touring bikes and panniers, we decided to try renting proper tour bikes. On googling we found the choice was actually very limited but fairly quickly came across Drover Cycles.

This ticked all the boxes for us.  Drover were close enough to be practical and based in a part of the country we didn’t know, and a big bonus was that the bikes for rent were Surly Disc Truckers, which are on our list of ‘strong possibles’ to buy. 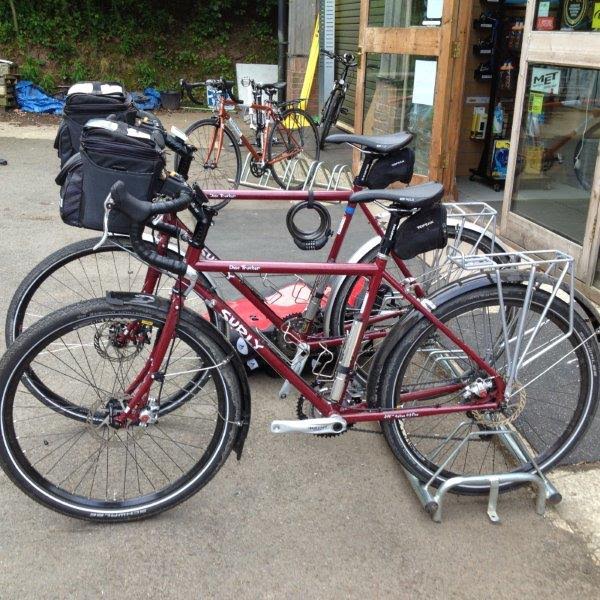 Also Drover Cycles would rent panniers and bar bags.  Finally my wife likes to have  ‘top bar’ brake levers and Drover were prepared to fit these  for an additional charge.  Overall the hire charges were very fair and reasonable.

We wanted to simulate as much as possible an independent long distance tour.  We deliberately travelled with no booked accommodation and with slightly more “stuff” than we needed to see what modest-sized panniers would feel like – we travelled with just two each on the rear, plus a bar bag at the front. 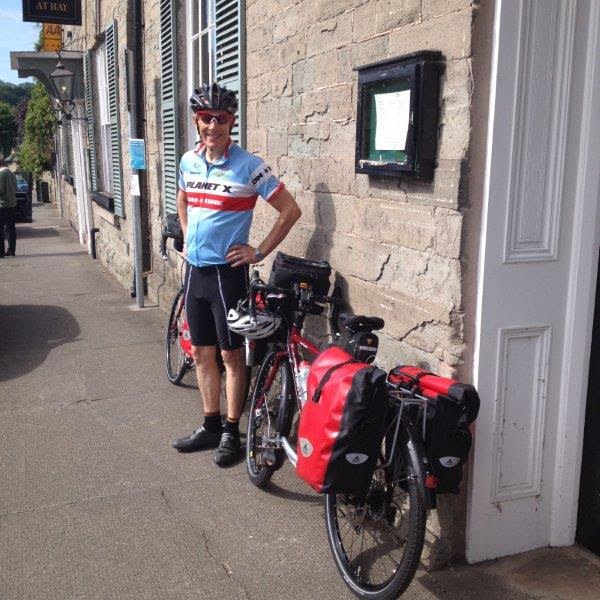 I planned for a mere 40 miles a day, which I thought would be relatively easy for us, but it was actually tougher than I expected – mainly because I underestimated the severity of some hills with even modest sized panniers!  Some hills we struggled to even push the bikes up and we are both strong and regular cyclists!

I actually changed the route on the last two days to shorten it and to allow us to take advantage of flatter terrain (choosing valley floors where possible and the Monmouth Canal between Pontypool and Abergavenny).  This made the experience less challenging and was a lesson for the future – when touring it makes sense to choose lower profile routes.  My road bike experience has made me consider any hill ‘do-able’. This is a mistake when touring with panniers – at least at our stage! 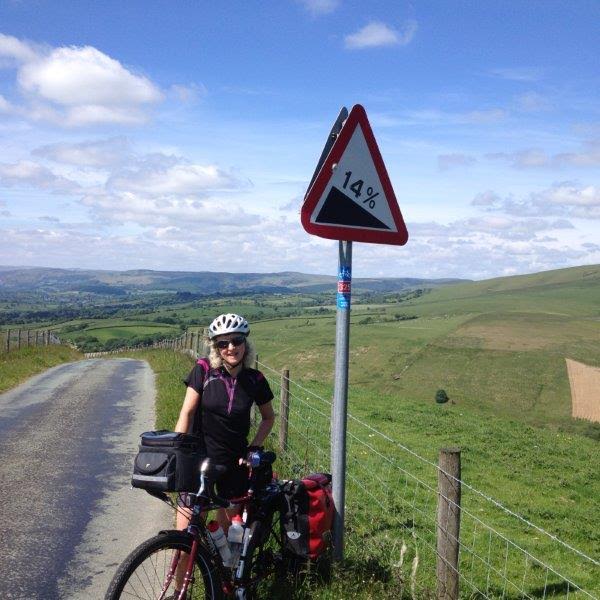 The bikes themselves were fantastic. We’d never ridden steel tourers and I was very impressed by how solid and certain they felt.  Gearing was good, though I have seen comments suggesting Surly Truckers need even lower gearing as standard. Marina’s bike was brand new so  she was particularly lucky.  Again we had specifically asked for ‘disc truckers’ equipped with disc brakes, at least for Marina, as I felt there may be some braking advantage for her on long descents with a loaded tour bike. 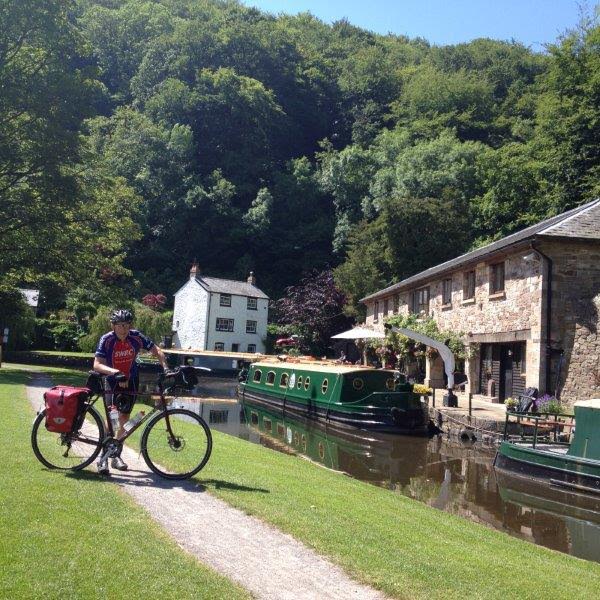 We love the independence of cycle touring, the fresh air and exercise and the feeling that we are ‘travelling’ rather than simply cycling.  Marina is keen to do more in the future – one possible is the Irish ‘End to End’ – Mizen Head in the south to Malin Head in the North.  We figure this is a bit longer (10 – 14 days perhaps) but less of a challenge than Lands End to John O’Groats, and we might be able to do it independently.  If that comes off and we are still keen then we’ve talked about travelling through Europe – but that’s a long way off yet. We need to think about buying bikes first!

To hire  a bike for cycle touring in Wales, check out our rental packages here.