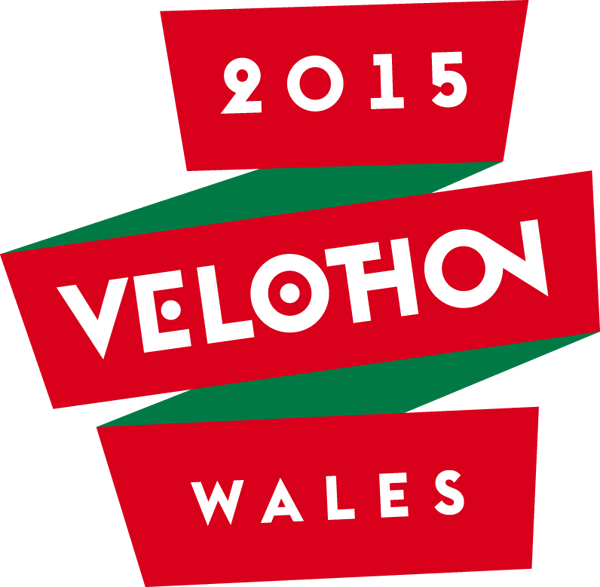 At 76 years old he’s still going strong on two wheels, and in June – with another birthday behind him – he’ll be the oldest participant in the 140km Velothon Wales.

John’s love affair with cycling began at 13 years old when he rode out with the Bridgend Wheelers cycling club. He raced track for Wales in the 50s and competed in European sportives before bowing out of the sport in his late 20s to pursue a career.

It wasn’t until John hit 60 that he decided to return to racing, notching up entries in the Etape du Tour and competing in a 200km sportive at the age of 65!

On Sunday June 14th, John – one of our oldest customers in more ways than one – will join a staggering 15,000 cyclists on the Velothon Wales start line in Cardiff.

He said: ‘I can’t quite believe I’m the oldest person to take on the challenge, I still feel like a 30 year old at heart. Knowing that fact does make me feel more motivated than ever to finish the route though, so that I can prove that age should never stand in anyone’s way.’

The route passes through Newport, Usk and into the Brecon Beacons before taking on the punishing Tumble climb and returning to Cardiff via Caerphilly. 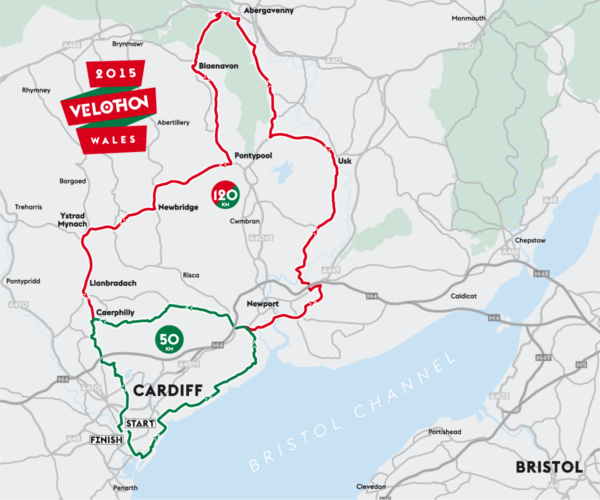 The pioneering ride is the first completely closed-road cycling event in Wales, and John is taking it on not just for the challenge, but also to raise money for Leukaemia and Lymphoma Research.

John will be warming up for his fundraising ride with another charity outing in three weeks’ time, this time starting from Hay.

The 80km loop will take in Eardisley, Dilwyn and Bridge Sollars before finishing at Whitney Toll Bridge for tea and cake. 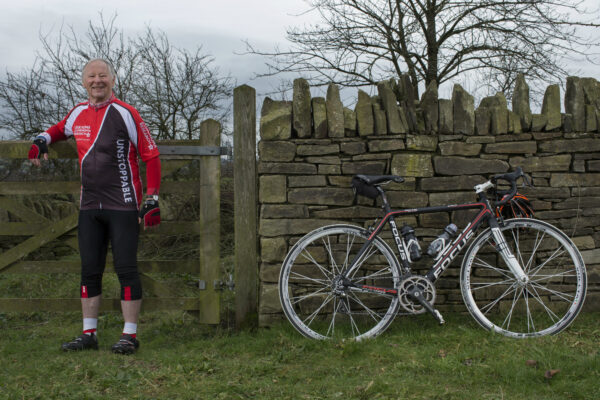 John is inviting other local cyclists to join him on the ride, with the £10 entry fee going to Cancer Research UK. There’s also an 11km family / junior option.

There’s more info about how to join John’s charity training ride here, but in the meantime, check out these pearls of wisdom on cycling into your 70s – and, hopefully, beyond – from the man himself!

Embrace the technology. Modern bikes are so much more comfortable than those we were riding 50 years ago. Gel saddles and ergonomic handlebars all help. Unfortunately, however fancy your bike is, punctures don’t get any easier.

Starting small is the way to go. On my 40th birthday, after more than a decade away from riding, I rode 40 miles and felt like I’d done something really special. It was as flat as anything – but you have to start somewhere.

There’s no magic formula or hidden science for doing big rides – preparation is crucial and that means getting the miles in. I’ve done 1000 miles since the start of 2015 and hope to have completed 2000 miles before Velothon Wales. In some ways, being retired makes it easier – you have more time to ride. Use it.

Don’t waste time travelling hundreds and hundreds of miles to take part in events. Look around you – the riding on your doorstep is most likely as good as any. Around Hay, we are blessed.

Pick your battles. Choose country routes and stay away from traffic if you can. When you hit a certain age – and it’s different for everyone – your knees begin to protest at the climbs, so where possible avoid the hills.

Enjoy it. Cycling can easily become an obsession. It’s meant to be fun. You suffer so much on the bike sometimes, but if you’re not enjoying it any more (I am) it’s time to give up.