Everything you need to know about our Pyga demo day.

We’re unleashing Pyga’s 120mm travel 650b – along with its shorter travel, big-wheeled stablemate – on the unsuspecting public at a demo day in the Forest of Dean next weekend. 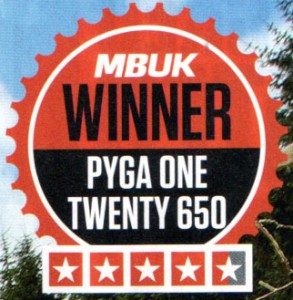 Aimed at aggressive XC and trail riding, the steeds should find an ideal testing ground in the Dean’s classic, blue-graded Verderer’s Trail, or the newly re-vamped Freeminer red.

The 650b recently came out as group test winner in MBUK against Orange’s new 650b Five, a mid-wheeled incarnation of the legendary Santa Cruz Heckler, and a 650b from German builders Nicolai.

And Angus from More Dirt was in Pyga heaven when he took the 650b for a spin, saying: ‘From the first pedal stroke I found the Pyga to be a grin inducing, trail pounding weapon that laughs in your face when you even so much as attempt too push it too far.’ 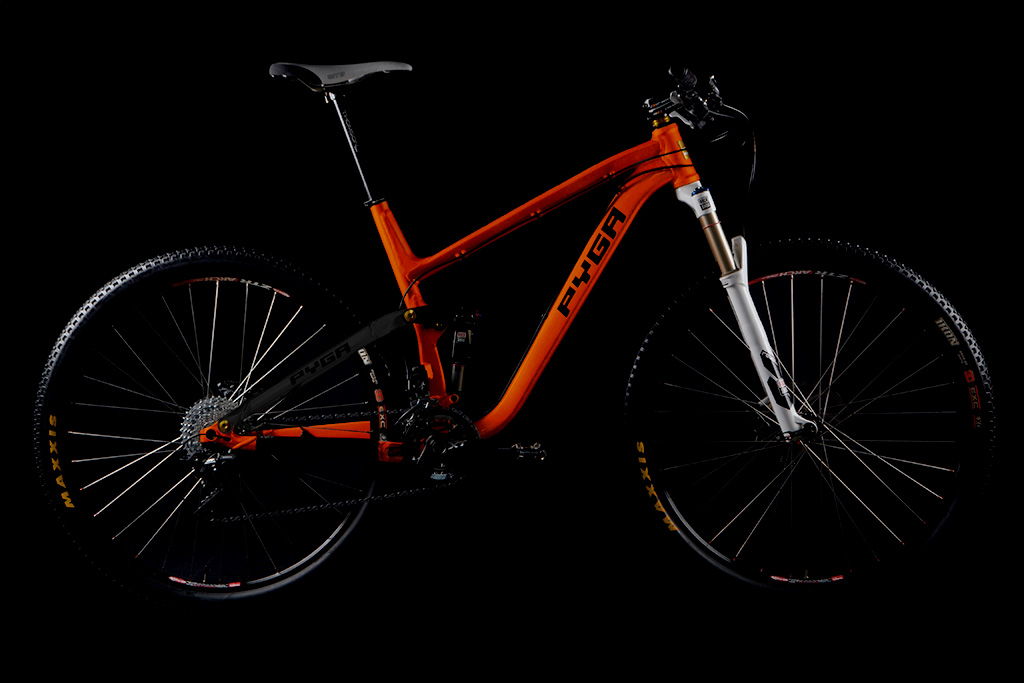 Find out for yourself what all the fuss is about on Saturday November 16th when we’ll be bringing the demo fleet to the Pedalabikeaway Centre in the Forest of Dean.

We’ll be there from 10am-4pm. Demo rides will cost £15 for an hour with the cost refunded off the price of a full build, or £25 for two hours with £50 knocked off the cost of a build.

You’ll need some photo ID and credit or debit card and, ideally, your own pedals, but we’ll have spare flats and Shimano SPDs if you need them.

You’re also welcome to bring your own saddle and grips if you’re very particular about your contact points!

We’re expecting a lot of interest in these bikes, so booking a demo ride in advance is strongly advised. Call the shop on 01497 822 419 to reserve your slot.

We look forward to seeing you there!