We still have one of Commencal’s 2013 AM1 29er ex-demo steeds that needs gone!

Just to whet your appetite, check out what More Dirt’s Angus McIntosh had to say about the AM2 29er – the AM1’s lower-spec stablemate.

His test ride redefined his view of trail bikes and blew any preconceived notions of 29ers feeling cumbersome in tight corners right out of the water.

Says Angus: ‘After about 3 minutes I was blown away by how quickly the bike picked up speed on the trail. A few turns of the pedals and it was off. This unstoppable, big- wheeled force of nature just annihilated anything in front of it. Its incredible turn of pace shocked me and scared me more than once.

‘I’m not a racer by any stretch of the imagination, but I do occasionally like to switch on the Strava to see how my times around the local tracks stack up to some of the other local pinners and against other bikes I’ve ridden.

‘My first ride out on the bike one evening, I destroyed all my personal best segment times. The most surprising fact was the segments I had taken the most time off on were the more technical tight and twisty sections where 29” wheels are claimed to be inferior.’

You can read Angus’ full review here, but bear in mind the AM1 we have – in a size large –  is higher spec.

It retailed at £3799, our ex-demo price is £2469 and includes free delivery. The bike is in immaculate condition, has only been ridden a handful of times and has been professionally maintained after every ride. 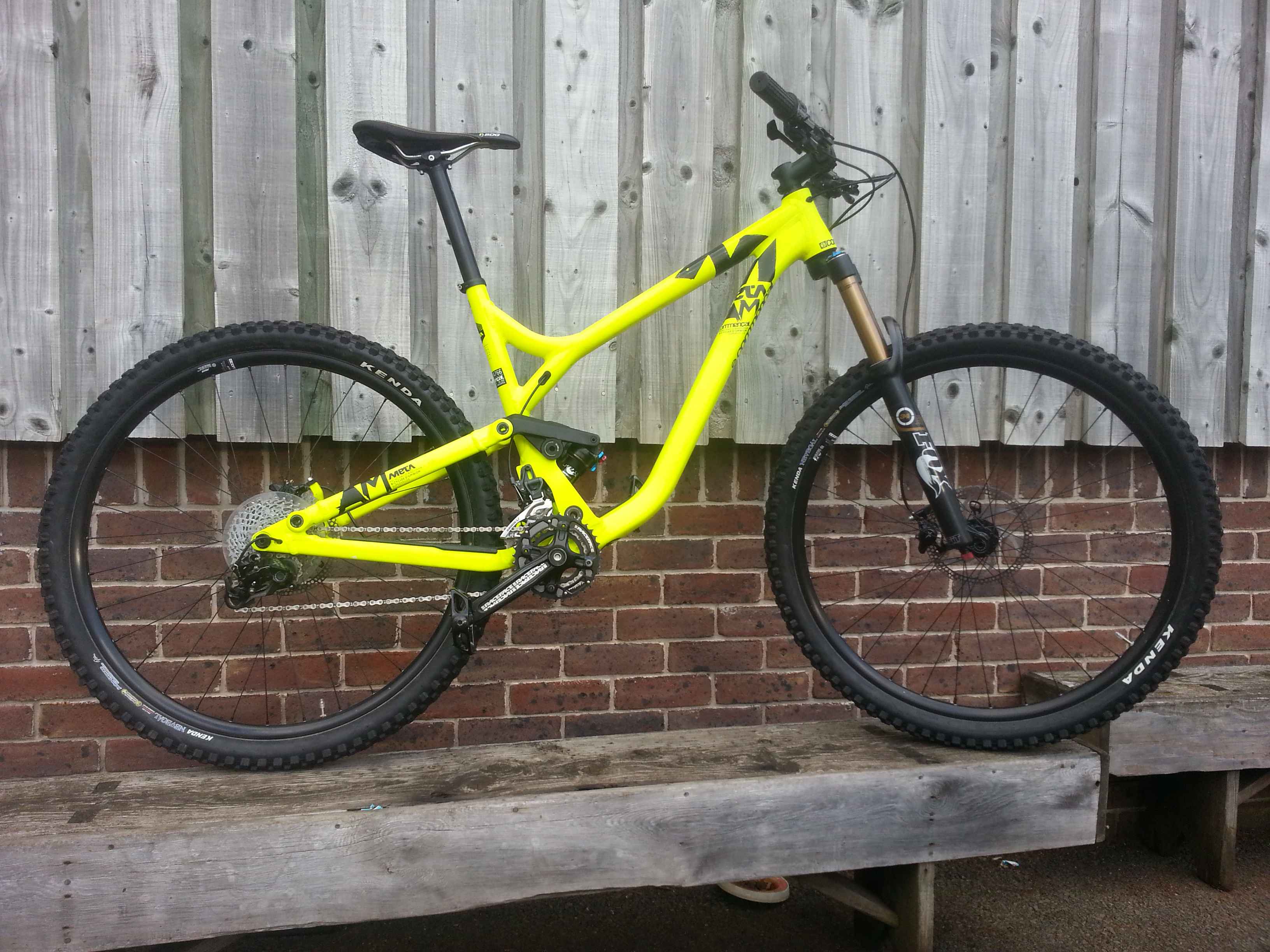