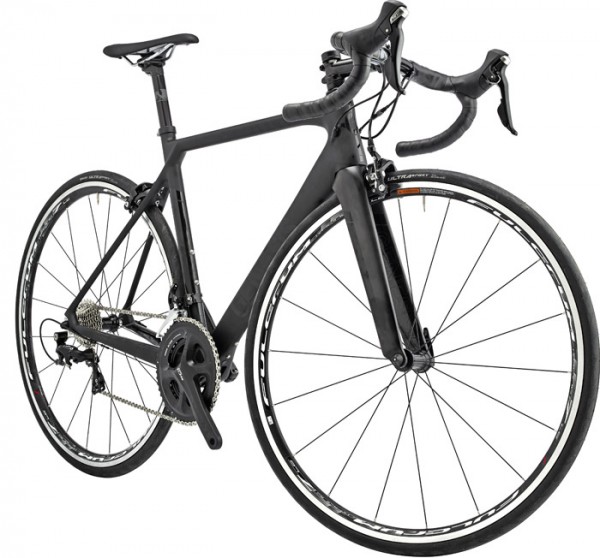 Cycling Plus mag have put the carbon-framed Genesis Zero 3 through its paces in their search for the top bikes of 2015 – and heaped praise  the bike, with an impressive 4-and-a-half out of five star review.

The British brand is usually associated with steel-framed bikes, but courted controversy last year by adding carbon to their line-up, debuting the new bikes in the 2014 Tour of Britain.

All the bikes in the six-strong Zero range feature the same sub-1kg carbon frame ridden by the Madison Genesis pro race team.

Cyling Plus magazine’s test riders were hard-pusheed to find fault with the bike, commenting: ‘It offers a beautiful balance of composed stability and handling, and descends superbly, the long position encouraging in-the-drops handling.

‘Ride on the hoods over rolling terrain, though, and it soon transforms into a quick bike for covering big miles.’

At this price, few bikes can boast a frame ridden in the pro-peleton. The Zero also comes with a lifetime frame warranty, 11-speed Shimano 105 groupset and BB86 press-fit bottom bracket.

Check out the full review below, and then feast your eyes on the Zero launch video. 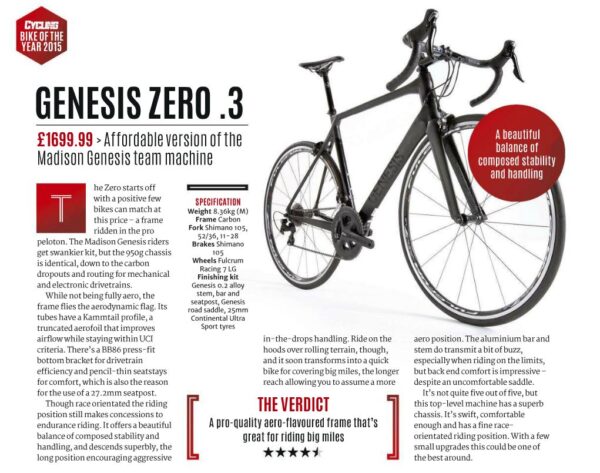