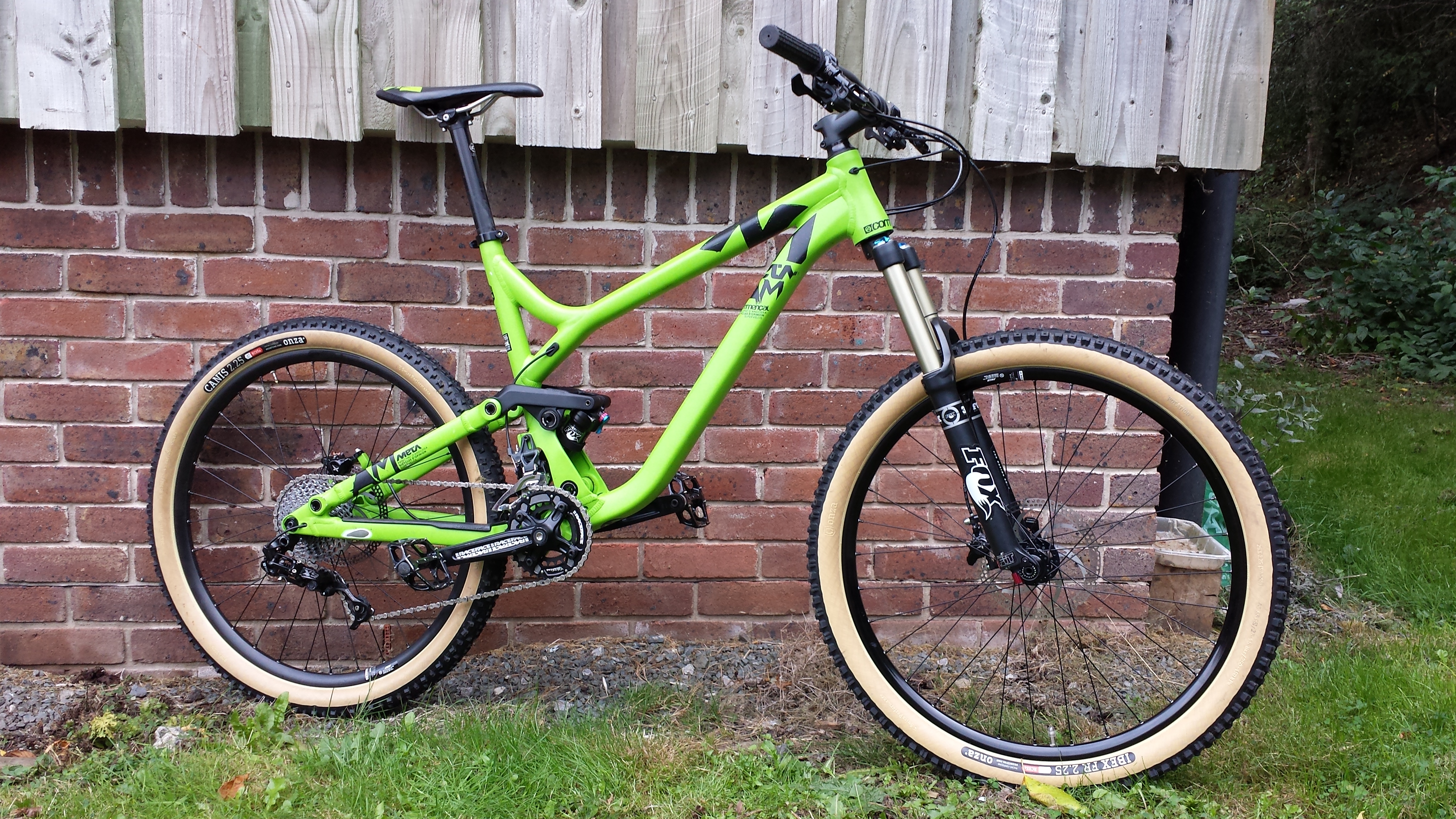 It’s out with the old and in with the new at Drovers: the first drop of Commencal’s 2014 models has already arrived and the stockroom is heaving – we need to make room for fresh goods!

Last season’s Commencal demo fleet simply has to go. Most of the bikes have had just a handful of rides and the frames are still in great condition.

First up for grabs is a Meta SL2 in medium. It’s a sturdy, full-suspension trail bike with 120mm travel front and rear, boasting Fox Float suspension (32mm forks) and SRAM drive-train. We reckon it’s only been out of the shop half a dozen times. The RRP is £2899, but we’ll let this one go for £1675.

We’ve also got a couple of Meta AM2s – in medium and large – with equivalent spec and similarly few miles on the clock. The AM2 is the quintessential all-mountain steed – with 150mm travel it’s equally at home thrashing woodlands trails or sending steep and gnarly terrain. Again, the price is £1675.

The lower spec AM3 in large has the same Fox Float forks and shock, but a more entry-level drive train. RRP is £2549 but we’ll wave this one goodbye for £1495. We also have the female-specific model – the AM Girly – in small, at the same price.

Commencal’s 160mm enduro bike – the Meta SX2 – is designed for long descents and demanding ground. It cries out for big altitude – but we’ve given it a small price tag. We’re doing this £2799 RRP bike (in medium) for £1795, and for an extra £100 we’ll throw in a Reverb seatpost.

Finally, we have something for big wheel fans. The AM 29er is a beast of a bike with 130mm travel and top spec, including lush Kashima-coated forks and shock, and a Reverb dropper. Usually, this bike would set you back £3799, but the discounted price is just £2195. This model is a large.

As ever, all the bikes have been treated to top-notch professional servicing by our in-house team after every single ride. Try before you buy – with the confidence that they’ve been well looked after.