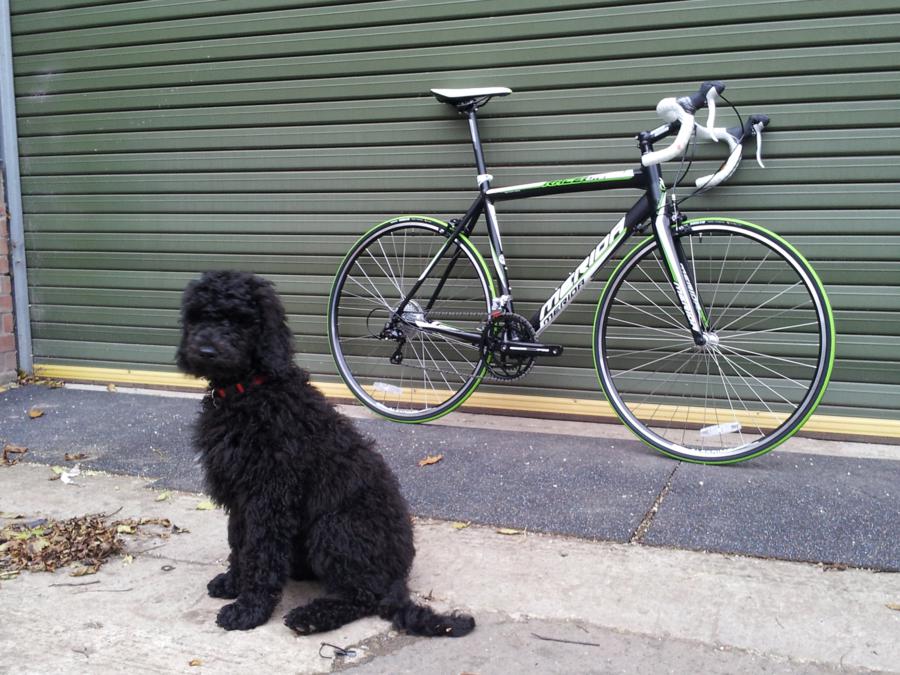 The 2013 stock is arriving thick and fast at the moment and this one is worthy of the spotlight:

The Merida Race Lite 900 is the entry level offering in Merida’s‘race’ line of bikes. As with the equivalent ‘ride’ model it comes in at £599 and that is about the end of its entry level features! The whole Merida Range offers astounding value for money in 2013 and if you are looking to get into road racing this is an unbeatable bike to start on.

It has a slightly more aggressive geometry than its ride counterpart (notably; a longer reach and lower stack height) which allows the rider to adopt a more aerodynamic position and lowers the centre of mass to get the most of the bike’s handling. You may think I am getting carried away picking out handling as a selling point on an entry level bike but you’d be wrong; the bike has a full carbon fork with a tapered steerer tube to complement the 1.5 inch lower bearing of the headtube. This is a feature of far more sophisticated bikes that allows wider tube sections to increase front end stiffness: bottom line is that it makes the Merida Race Lite 900’s handling much more precise and makes the bike respond far more positively to your every effort. It’s a feature that you won’t find on any other bike at this price – you’d need to be spending almost double to get equivalent technology from many other brands.

The trickle down technology doesn’t end there though: the hydro-formed aluminium tubing has carefully considered cross sections throughout. The chainstays flatten (vertically) and flare out (horizontally) at their mid point to remove some of the harshness common to aluminium frames whilst maintaining drive-train efficiency. The down-tube and top tube are both shaped to maintain as wide a profile as possible to keep stiffness where it matters most.

The frame is kitted out with a mixture of components from Shimano’s Sora line, FSA’s Ttempo chainset and Merida finishing kit and brakes. With all the features packed into it the frame is worthy of future component upgrades as you progress in the sport and from our point of view that makes it the perfect starting point.

As ever, get in in touch if you have any questions about the Merida Race Lite 900 or would like to arrange a test ride on our Demo bike.