We’re big fans of the Merida road range for 2015 – and today were very excited to hear that a selection of the bikes is now available as frame-only meaning we can apply the Drover custom-build touch and put together your dream machine, tailor-made to individual requirements.

Full details will appear on the website in due course but for now, I thought we’d bash out a quick overview of the range for anyone who might be interested. 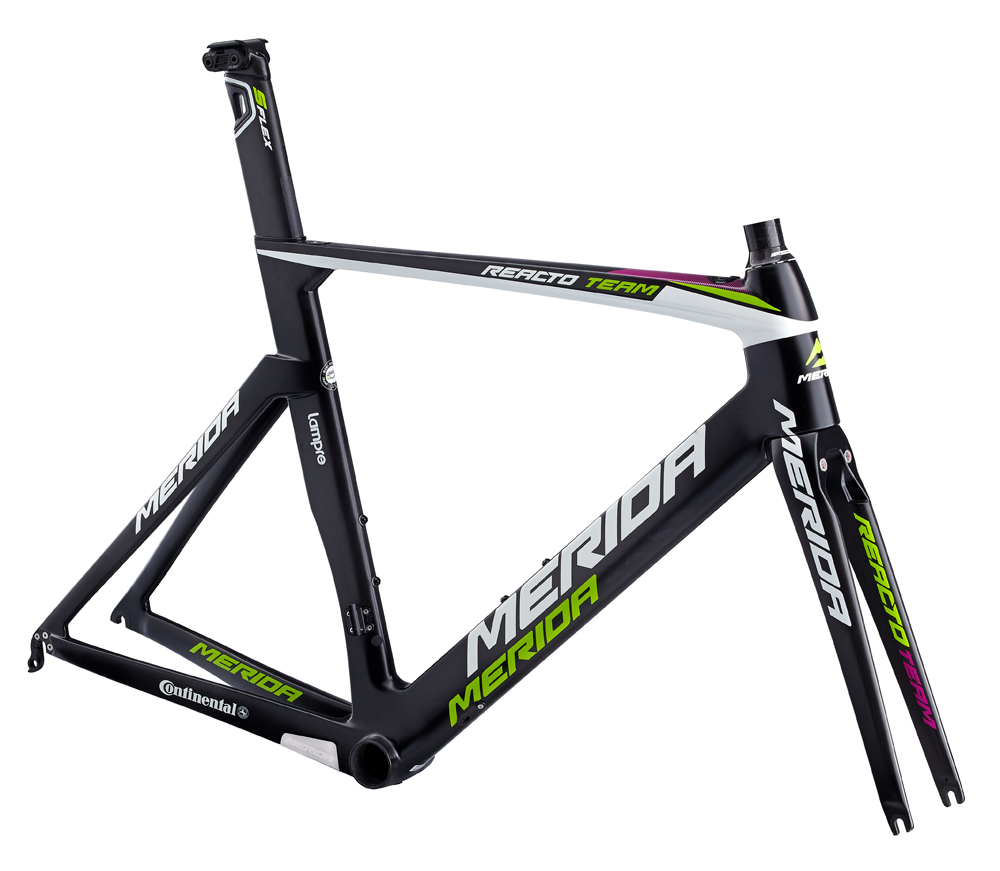 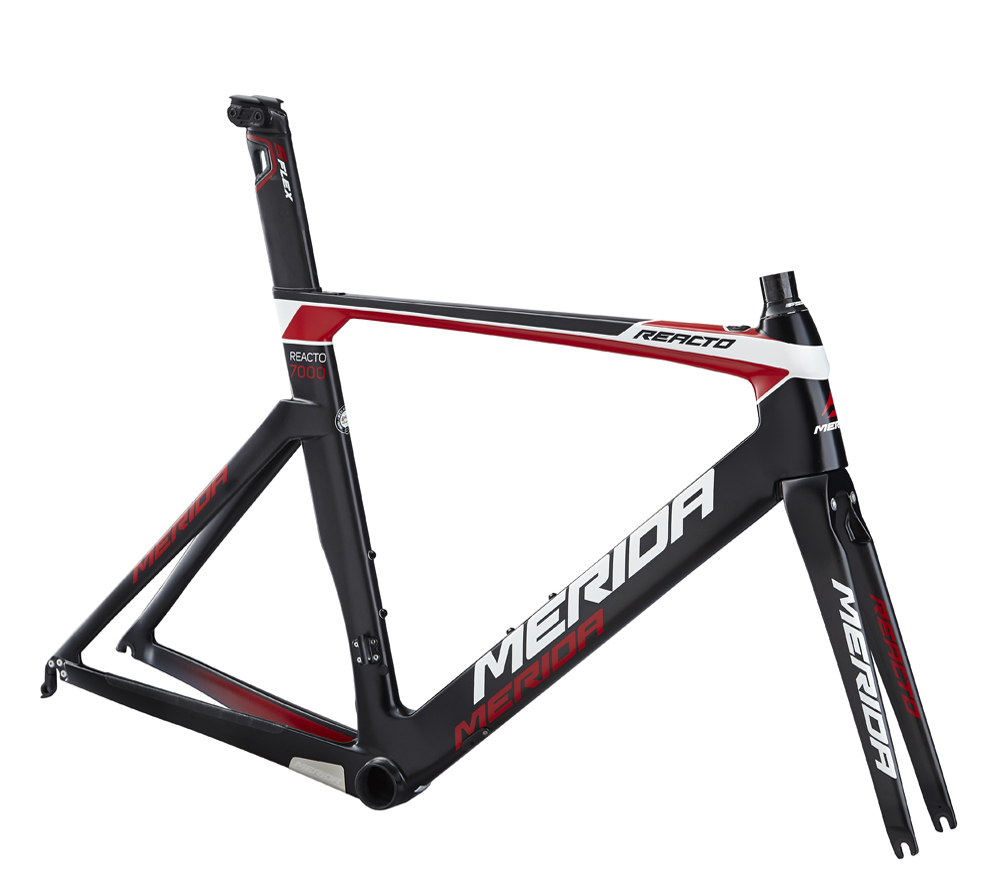 Merida’s Reacto platform is the preferred race bike for the Lampre-Merida World Tour team at the Tour de France, Vuelta, Giro, and other major races – and the Reacto Team-E frame (above, left) is the exact frame they ride.  Merida describe it as “money-no-object carbon layup” but true to style, it still comes in at a very reasonable £2500.  This includes various BB adapters so you can run any cranks you like, a headset (with carbon spacers and expander), carbon flex seatpost for added comfort, and a carbon bottle cage for good measure.

The Reacto 7000 is the “money is a consideration” version, nevertheless boasting a superlight carbon frame and full carbon fork, together with all of the extras included on the pro version.  Both frames run direct-mount brakes for that extra aero edge and are fully Di2 compatible.  The Reacto 7000 frame comes in at a very reasonable £1400 and would form the basis of a very nice aero road bike custom build. 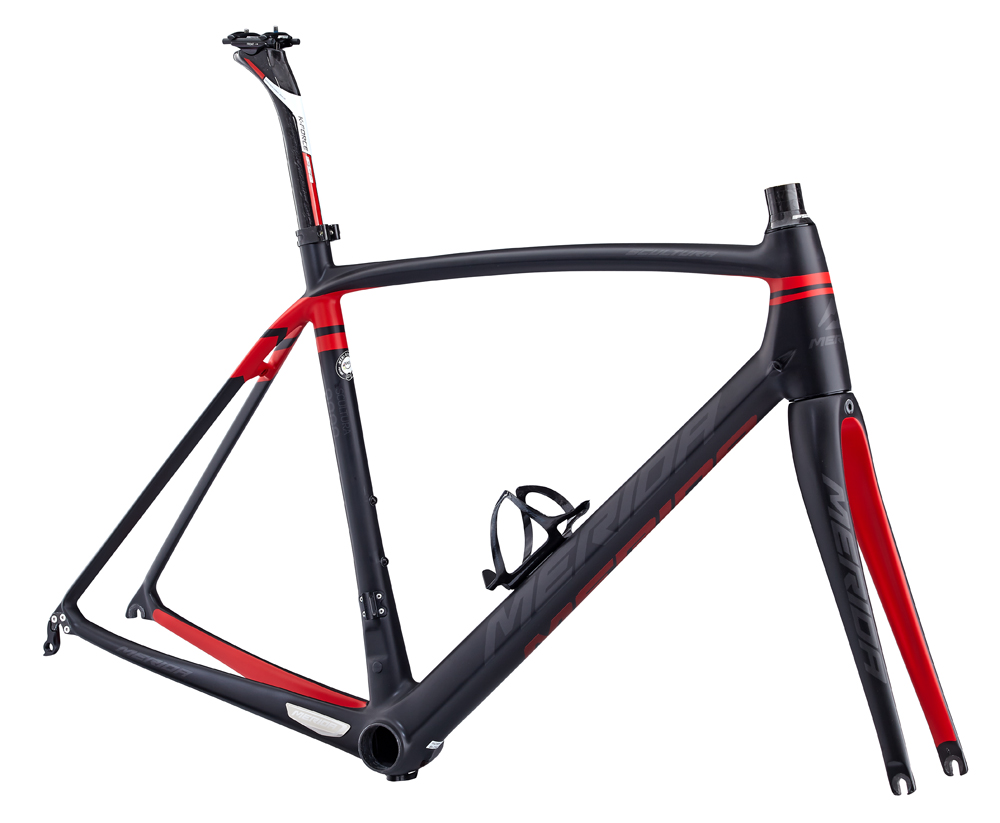 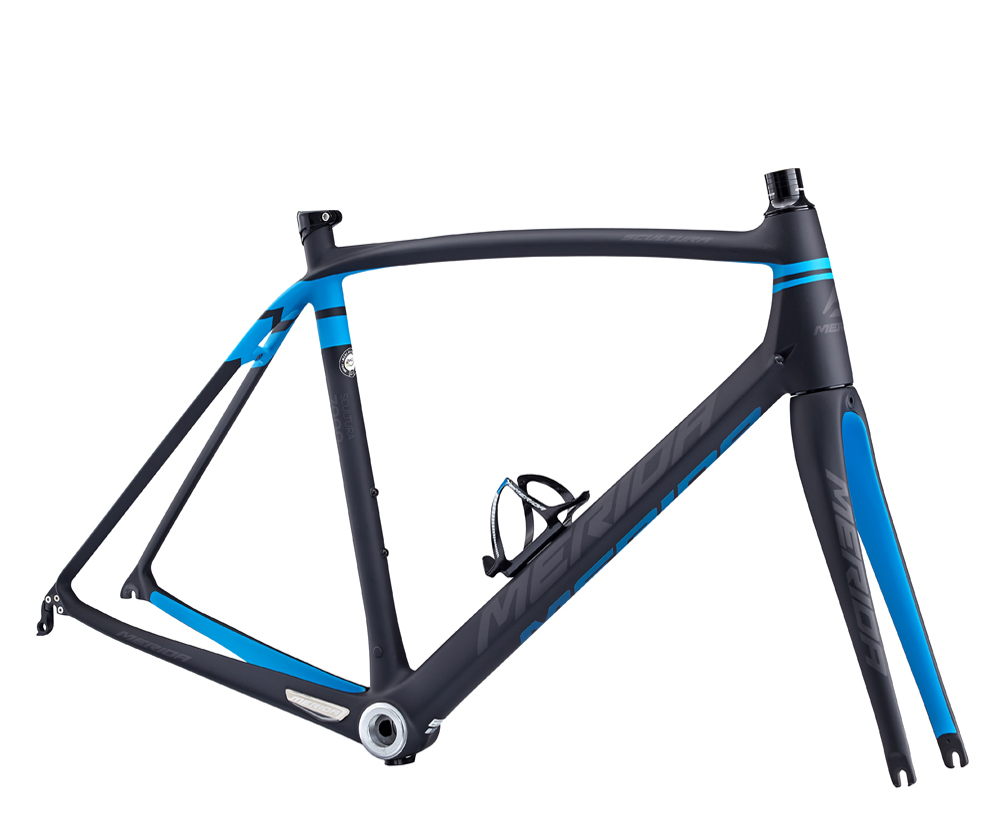 The Scultura is well-known by Merida’s many fans and has been a stalwart in the range for some years.  It’s favoured by the pros when light weight matters more than aerodynamics, and we feel it’s the perfect high-end bike for many UK riders.  Again, the 9000 is the pro-level money-no-object carbon construction and comes complete with  BB adapters, headset, an FSA carbon seatpost, carbon seat clamp, and a carbon bottle cage – in other words more carbon than you can shake a stick at.  It comes in at £2450 and is available in the full range of sizes from small (50cm) to XL (59cm).

The more cost-conscious Scultura 7000 frameset is available at the bargain price of £999 and also comes with headset, carbon seatpost and a carbon bottle-cage.  It also uses quality carbon fibre but is laid up in a more affordable schedule.  Both frames are again fully Di2 compatible should you be a fan of electronic shifting. 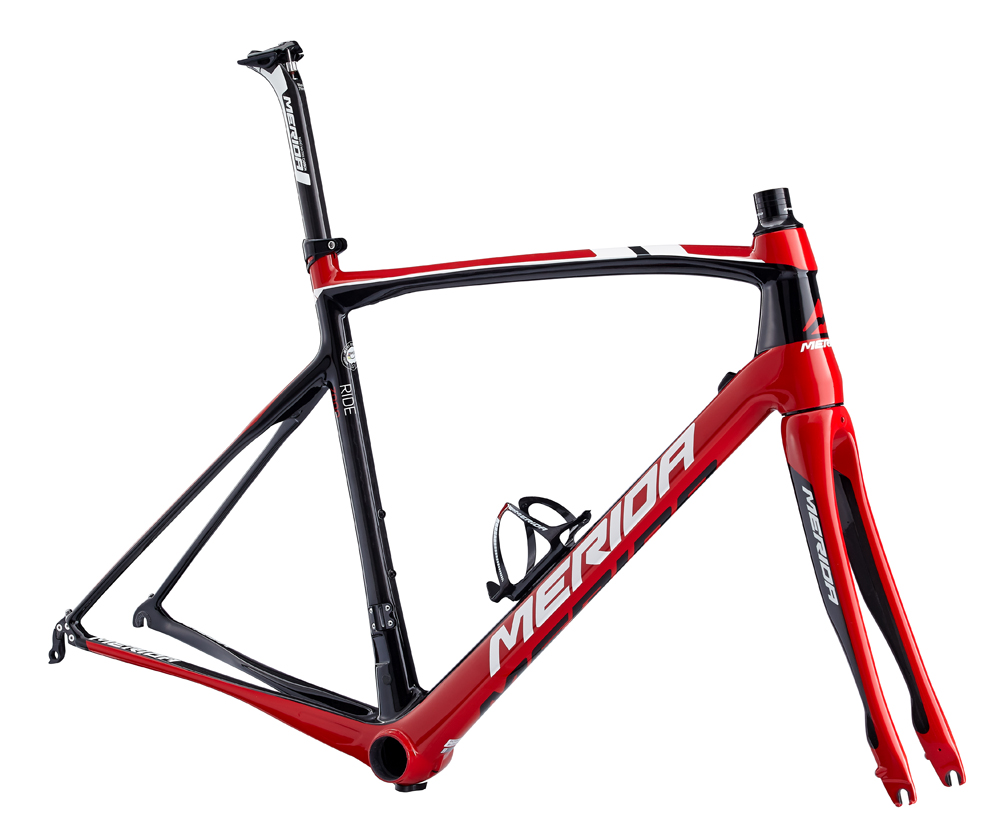 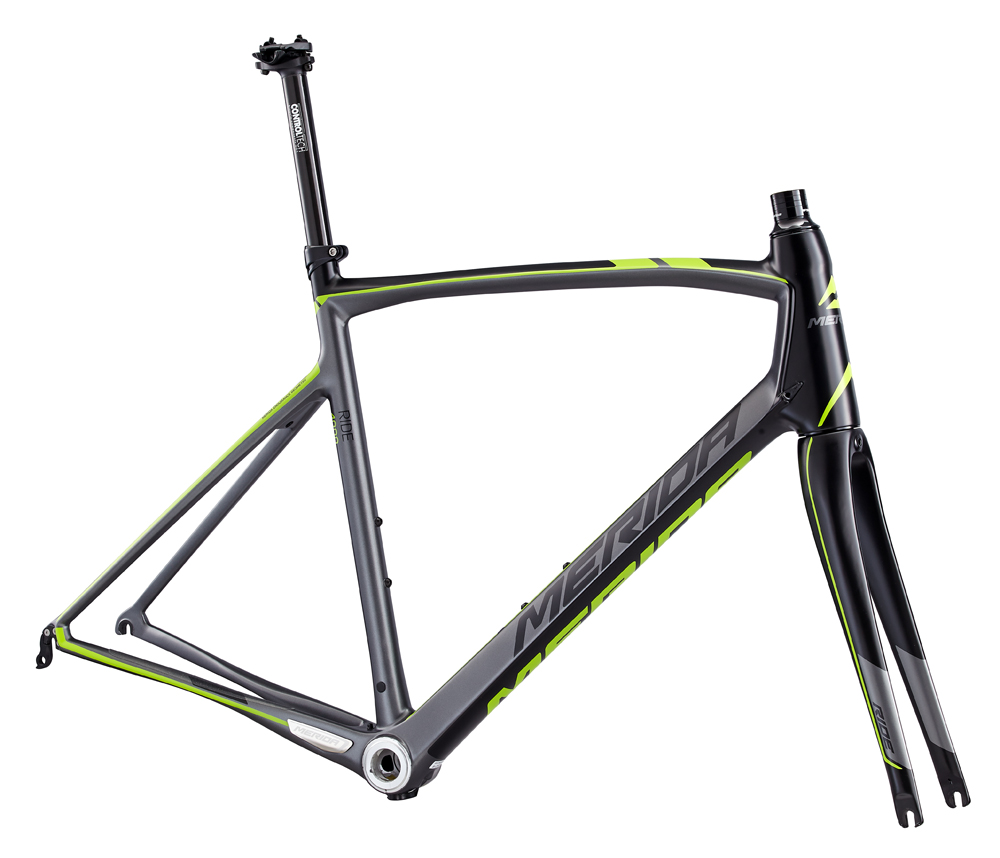 Another bike ridden by the pros, the Merida Ride Carbon is favoured at the early spring Classics where cobbles predominate.  Still a high-performance bike, this is the most comfort-oriented of the three and we’d recommend this bike to riders looking for a high-end sportive or endurance machine.  The pro-level Ride 9000 features flax fibres for added comfort and again comes complete with headset, carbon seatpost, BB adapters, bottle cage etc.  It’s priced at £1200 and is for us, the bargain of the lineup.

The Ride 7000 comes complete with headset and an alloy seatpost, and retails for £999.  Once again both frames are Di2 compatible. 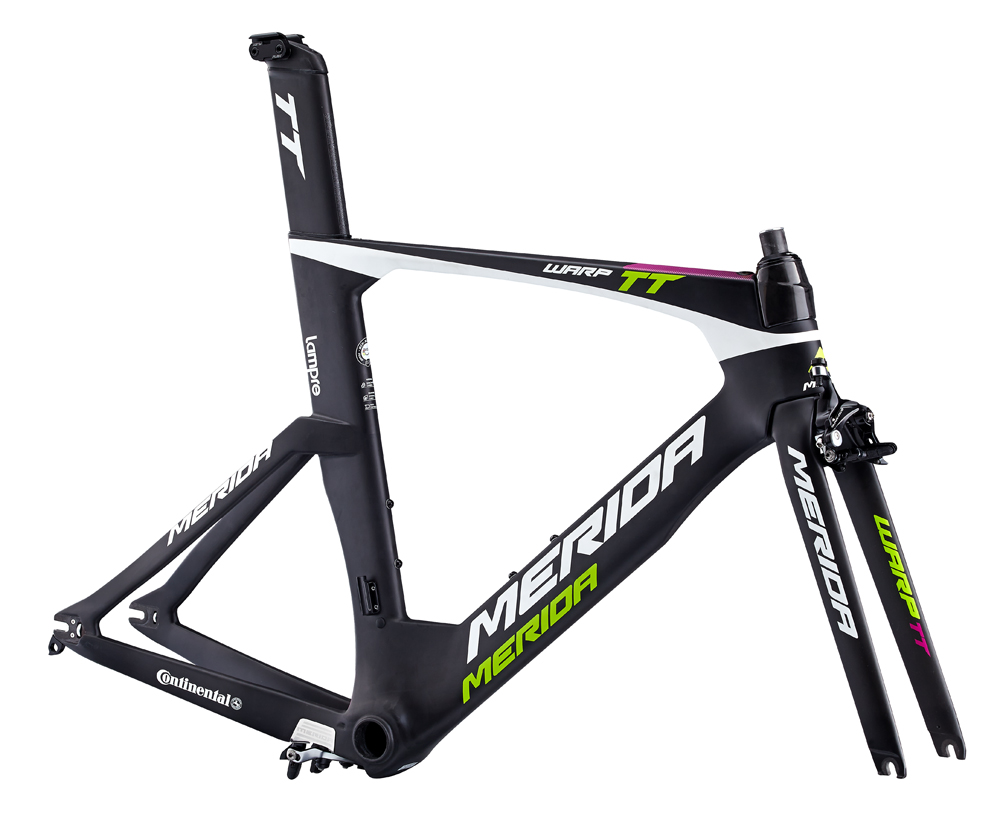 Last, but by no means least, is Merida’s time-trial specific frame – as raced by Lampre-Merida.  Another “no expense spared” carbon layup, with some unique engineering, makes this a seriously quick bike.  Why not match this up with a pair of Mavic’s CXR60 carbon clinchers for the ultimate in time-trialling goodness?