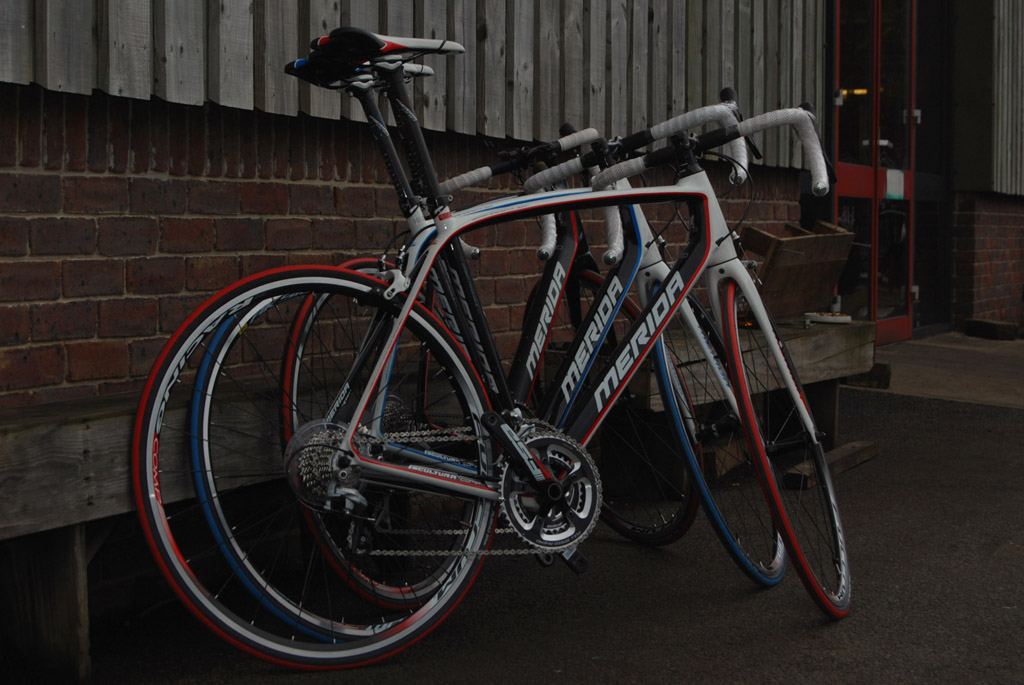 We were glad to read the road.cc agreed with our thoughts on Merida’s latest and greatest £6000 race machine. Don’t be put off by the price though as we are happy to do one of our famous custom builds to get you just the package you are after, just get in touch.

I would also like to take this opportunity to highlight one of my favourite aspects of Merida as a brand; technology trickle-down. Full carbon tapered forks are to be found all the way down at the £599 price point so it should come at no surprise that the whole ‘scultura’ line of bikes share many of the features found on the top end model: Apart from the bottom bracket which is the familiar BSA threaded standard (not the BB386 standard found on the Scultura SL Team frame) the frame remains the same. The layup and grade of carbon fibre used varies meaning that the scultura 905 and 904 don’t have the same stiffness to weight ratio as the top tier frame but I am talking in relative terms here! The huge head-tube and down-tube keep the steering sharp and the flex-stays take the sting out of rough tarmac. 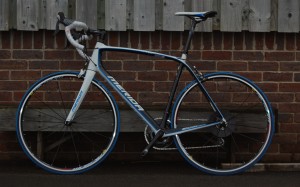 The Scultura comp 904 represents the entry point to the range at £1500. It comes built up with mostly shimano 105 components but merida’s own brakeset (which I happen to think works a little better than the 105 offering and I’m not alone either). The bike rolls on the ever dependable Mavic Aksium wheels and is nicely finished in Merida’s own finishing kit. We have a ‘large’ bike in stock which tipped the scales at 8.28 kg which is pretty respectable given the relatively heavy wheelset. 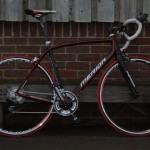 Electronic shifting on a fantastic frame-set 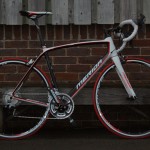 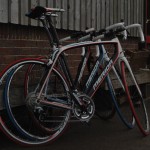 The Scultura comp 905 is the next offering up the line which comes in two versions; one built up with Shimano’s mechanical Ultegra components for £2000 and the other with Shimano’s electronic Ultegra Di2 for £2800. Other than the electronic components, and the colour scheme, the build is the same on these. Fulcrum racing comp wheels help you go and Merida’s ‘pro’ level brakes help you stop. The m/l mechanical version came in at 8.1 kg and the same size electronic version at 8.25 kg which, again, isn’t too shabby at all.

As much as I’ve enjoyed the winter on my trusty geneisis with race season around the corner I can’t wait to give these a thorough testing. Check back for some detailed feedback and reports as the season goes on.

As ever you don’t have to just take our word for how good bikes are (although we only stock bikes that we’d ride ourself so it’s a fiar bet that we are going to like them) get in touch to sort out a demo ride on any of the bikes that we carry.