More Drovers-stocked mountain bike kit has been getting gongs in the bike mags this month.

Perennial favourite trail tyre the Maxxis Beaver Exo (£33) gets four stars in What Mountain Bike. It’s known as a tyre better suited to muddy conditions – which in the UK is pretty much all year round! ‘Slap these on and you’re set for the year,’ say What MTB. 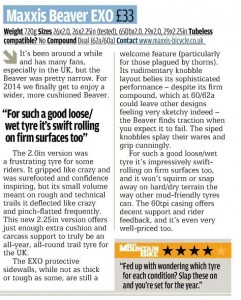 Mountain Biking UK have done a forks round-up and Rockshox are bagging all the plaudits. Their Lyrik RC2 DH Solo Air (£749.99) gets four-and-a-half out of 5 stars, but inevitably the new, unbeatable Pikes (£849.99) sit in the top spot, scoring the MBUK grouptest ‘winner’ and ‘most wanted’ accolades. 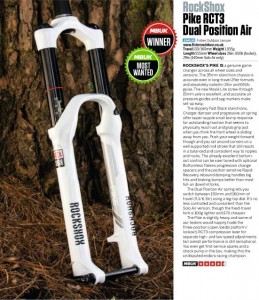 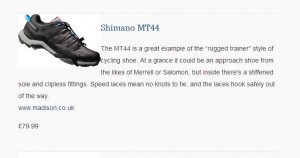