We have a raft of fresh bikes arriving for the new season – and we’re welcoming US brand Salsa as well e-bike supremos Moustache (France) into the Drover Cycles fold.

California-based Salsa are all about adventuring on two wheels – they build bikes for exploring, designed to go that extra mile, or maybe that extra 200!

Their Beargrease fat bike (complete bike from £1599.99, carbon frameset £1999.99) will shortly be joining our demo fleet. It’s a pared-down, fat-tyred beast of a bike that – despite its portly name – remains agile and elegant. Salsa say: ‘Whether it is a 40-mile weekend race or 1,000-miles crossing Alaska, Beargrease is your best bet for getting from point A to point B fast, over whatever terrain stands between.’ Check out Bike Radar’s four-star review of the carbon version here. 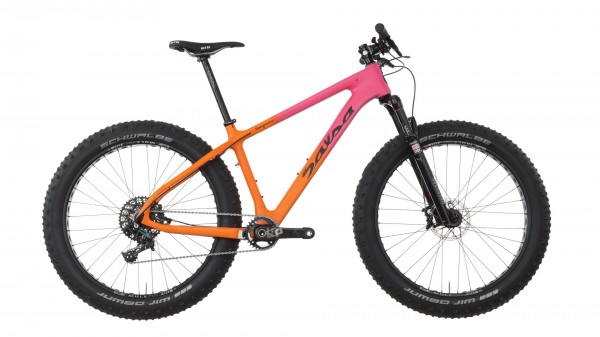 The Horsethief full-susser features an innovative split pivot rear suspension design and is aimed at big mountain and trail centre riders. 120mm of rear travel is paired with 130mm up front. Its big ‘little’ brother, the Pony Rustler delivers the same trail-domineering package – in a slightly more aggressive wrapping, with ground-clawing 27.5+ tyres. Both bikes are available in alloy and carbon versions.

Head to the Salsa website to see the Rustler in stunning 360-degree glory!

Gravel bikes are tipped to be the hot new thing for 2016 – and Salsa are in on the action with their carbon Cutthroat. It’s a hardtail mountain bike at heart, but with drop handlebars and racing-inspired geometry, designed for speed on mixed surfaces and staying ahead of the pack in ultra-endurance and bike-packing races. 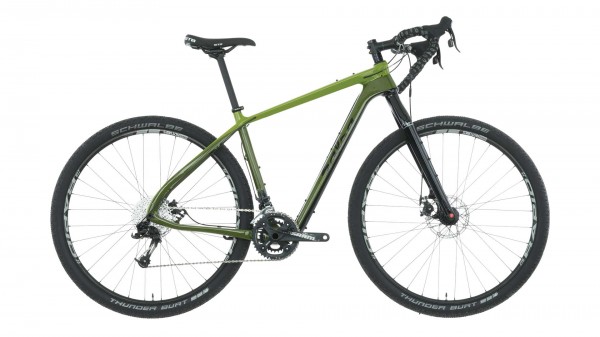 Moustache, meanwhile, are the very last word in e-bike style.

Moustache only make e-bikes, so rather than trying to cram an electric motor and battery into existing designs, their bikes are built with e-biking first and foremost in mind.

Their huge range covers everything from leisure cycling to the most extreme downhill mountain biking, and utilises the latest Bosch motor technology across the board.

The Lundi commuter/leisure bike starts at £2099 and charges to full in just 2.5 hours. Another £800 gets you the Alfine model with hub-integrated electronic Shimano Di2 gear shifting. 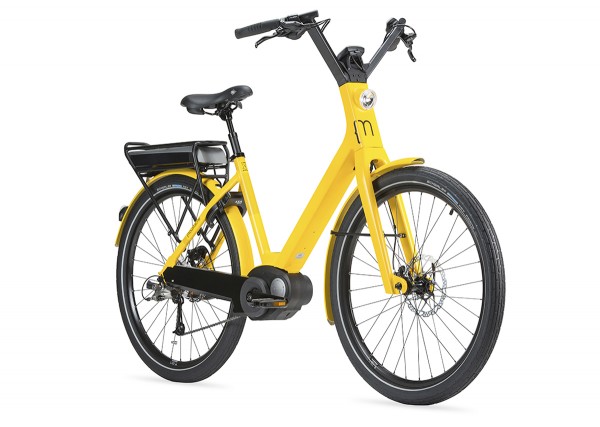 In mountain bikes, the Samedi 27/9 Off hardtail (from £2299) comes with a 500Wh battery and a choice of 10 or 11 speed drivetrain and Rockshox or Fox fork. Naysayers will moan that e-bikes are for lazy mountain bikers, but – let’s be honest – while there’s fun to be had testing your mettle on a technical climb, the downhill action is what it’s all about! An e-bike means you can climb up (almost!) as fast as you ride down. Across the Samedi range, wheel sizes are tweaked to match frame size – on a large frame you’ll get a 29” wheel up front and a 27.5” rear. Go for an extra small frame and you’ll be running 26”/24” hoops. 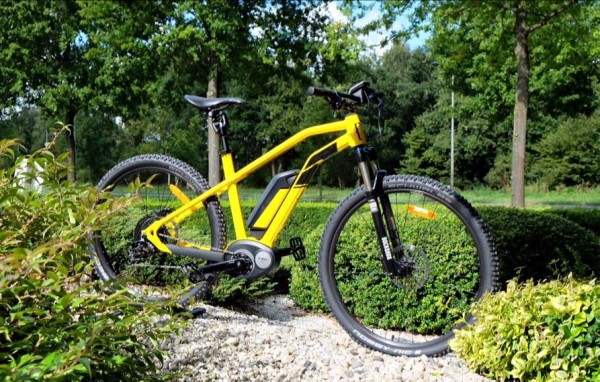 As well as taking on these two great brands, we’re sticking with some of our regulars, who have some new offerings in their 2016 line-up…

We’re fully buzzed about the new Datum From Genesis, another drop bar, off-roader drawing on the gravel bike phenomenon. You can read more about it here, or visit Genesis’ site for their thinking behind the bike here. Road.cc website reckon the Datum (complete bikes from £1799.99 or frame only £999.99) is a ‘prime contender for bike of the year’. Read their praise-worthy review here. 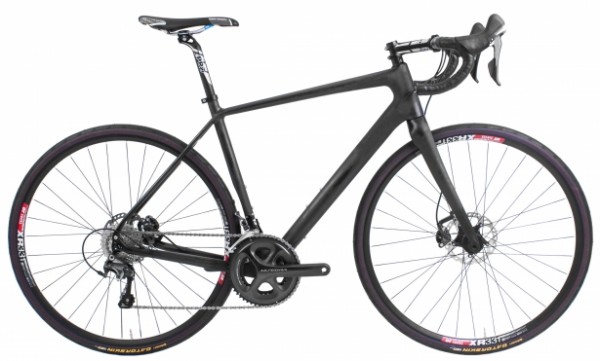 The Tour de Fer mile-munching tourer (from £899.99) gets an all-new look for 2016, with some pretty nifty upgrades in a very competitively-priced package. The new bike isn’t even live on the Genesis site yet, but you can read all about it here.

The big 2016 Transition news is the eagerly-anticipated carbon-frame version of their enduro bike, the Patrol. Go here for a spec sheet, pics and vid preview. The rest of the full-susser range – the mid-travel Scout, Smuggler 29er and Suppressor 26”  get new colour-ways for 2016, and design tweaks on the Scout and Smuggler mean a slightly higher bottom bracket for improved pedal clearance. (Scout & Smuggler – frame only £1399.99, full bikes from £2699.99. Carbon Patrol frame only £2599.95, complete bikes from £4300). 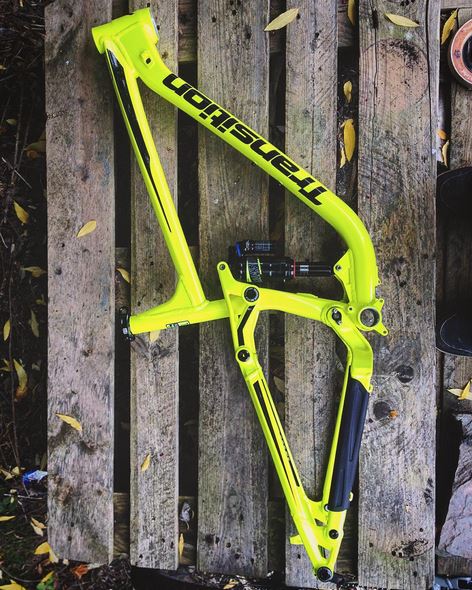 The UK kids’ bike brand have been going places since their launch three years ago, and they continue to innovate. We’re loving the racier elements of their line-up – drop bar bikes for kids in Team Sky colours, for example. They also have a children’s track bike (from £270)  in the line-up, including some smart design features to boost its versatility: flip flop hubs mean the bike can be switched between fixed wheel and freewheel use simply by flipping the wheel around; long-arm caliper brakes can be added to the front fork; and there is sufficient frame clearance to allow for chunkier, grass track tyres. Note these bikes are not suitable for road use – for budding pros and track fans only! 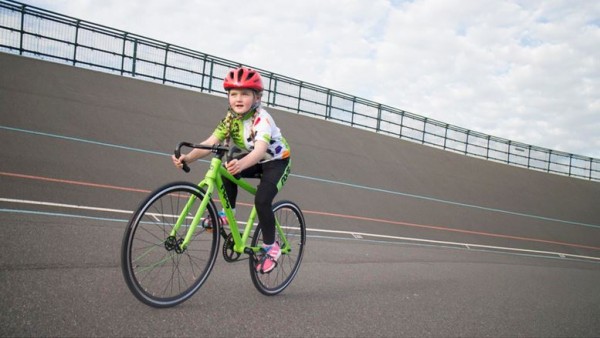 It doesn’t have to cost the earth to get started in road cycling – and the proof lies with Merida’s entry-level Ride 100. £599 gets you carbon forks, internal cable routing and modern frame styling with a matte finish and subtle graphics. It’s also available as a women-specific model as the Ride 100 Juliet. £999 buys you the top-end aluminium-framed Ride 500 – which offers outstanding spec whilst remaining within the Cycle to Work £1000 budget. (Find out more about how you can save up to 40% off the cost of a new bike with Cycle to Work here.) 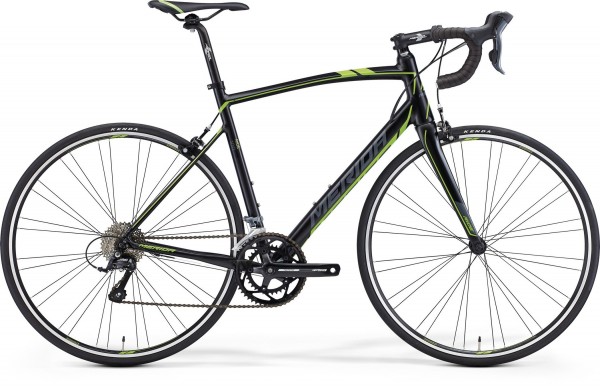