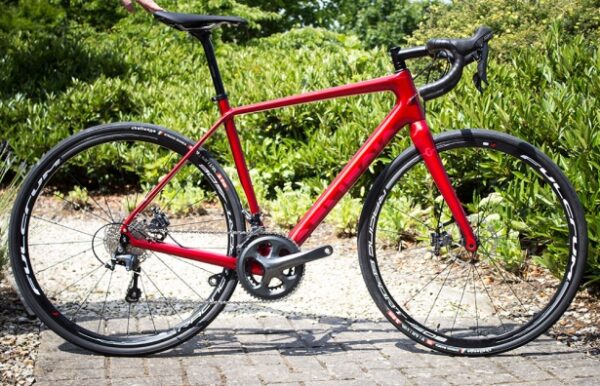 The Datum is a typically British take on the US ‘gravel bike’ phenomenon.

The gravel bike tag arguably doesn’t sit well with UK-style riding, where mud and pot-holes are generally where it’s at.

But the Datum is less about creating another cycling niche and marketing a bike to fit, and more about building a lightweight, comfortable machine suited to the – ahem – changeable British weather and a variety of terrain. In other words, one bike to do it (almost) all.

Think of the Datum as a carbon-framed Equilibrium and you won’t go far wrong.

It’s a bike at home on long-distance tarmac sportives or – when the going gets tough – off-road forest tracks, canal towpaths and bridleways.

And as well as being a multi-terrain bike, ample tyre clearance means it’s also an all-weather ride with room for big volume 33c boots AND mudguards, too.