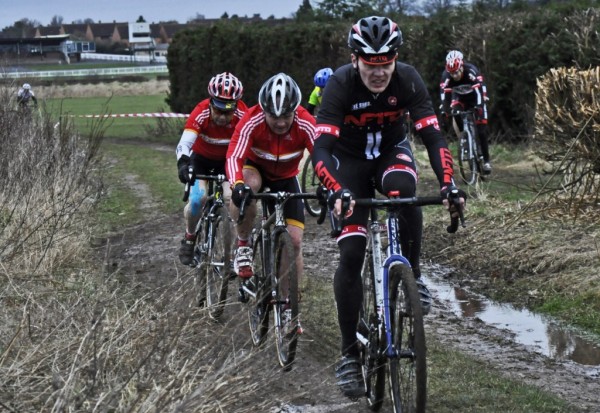 Did you know Herefordshire has it’s very own, brand-new Cyclo-cross series?

Cycling newspaper Pedal Your Cycle – distributed free in Wales and the Midlands – is hosting a three-event series, running until March. It kicked off last weekend at Hereford Leisure Centre and the second event is just three weeks away!

We caught up with organiser Jeni Hughes for the lowdown on what cyclo-cross is all about – and for a race report on their first event. Scroll onwards for a couple of Drover recommendations on top cyclo-cross bikes from the brands we stock – including Genesis and Merida!

Cyclo-cross then – for the uninitiated, can you explain what it is?

A cyclo-cross (or CX) course runs over different types of terrain such as pavement, wooded trails, grass and hills. Often there are obstacles that require the cyclist to dismount and re-mount.

The race consists of a number of laps around a course over a given time. Adult races can last between 30 minutes to an hour while the junior races are around 15 to 20 minutes.

Cross bikes are made much stronger than traditional road bikes, they have knobbled tyres to grip in the mud and lower gearing.

Cyclo-cross can also be ridden on a road bike with off-road tyres – although you might run into issues with mud clearance – or even a mountain bike.

Got it. You’ve just had the first event in the series – how did it go?

The day of the event dawned bright and sunny although the weather soon deteriorated to a grey, damp, cold January day. The course may not technically have been that difficult but there was a strong wind on the racecourse that was relentless.

The races started with the Under 12s race. Thomas Crapper took an early lead after the 1st lap and stayed out in front for the rest of the race. 2nd place was taken by Aled Trott and Owen Birch came in 3rd.

In the Under 16s race Tyler Brennan went out in front and just stayed there. He was flying and just kept improving his time lap on lap. He is going to be the one to watch in the future. There was a sprint finish for 2nd place which saw James Morris over the line just before Joseph Feiven.

There was a good turnout for the Adults race. Matthew Lewis took a strong lead from the 2nd lap to finish 1st followed by Luke Eversham in 2nd and Graham Edwards, an incredibly strong Veteran rider, in 3rd.

The event was organised by Pedal Your Cycle and run in line with British Cycling Guidelines and we will continue to do this.

The great thing about Cyclocross is that it’s ‘have a go’ friendly. If you try riding a downhill MTB track on an aero-carbon road bike, you stand a fair chance of ending your day in A&E. But with cyclocross, if it’s got two wheels, you can pretty much have a crack at racing on anything – mountain bike, hybrid, commuter, or even – yes – a cyclo-cross specific bike.

We are an official Genesis demo centre and the British brand – known for their tough, no nonsense, steel-framed bikes – have a c0uple of steeds on their roster ideal for cyclo-cross outings.

Their CdA bikes – starting at £699 – are great, bridleway-bashing, off-road cycles with features ideally suited to both CX or endurance road riding. In a departure from steel tubing, the alloy frames save some weight, and paired with a carbon, disc-brake fork means the bike is ready to race.

If weight isn’t such a concern, the Genesis Croix de Fer range – from £849 – offers bikes equally at home on the daily commute as grinding through muddy, multi-terrain weekend adventures.

Meanwhile Merida have two cyclo-cross offerings –  the 300 at £799.99 and the higher-spec 500 at £999.99. The latter pairs the aluminium frame with a weight-saving carbon fork with a 15mm front thru-axle for added stiffness. 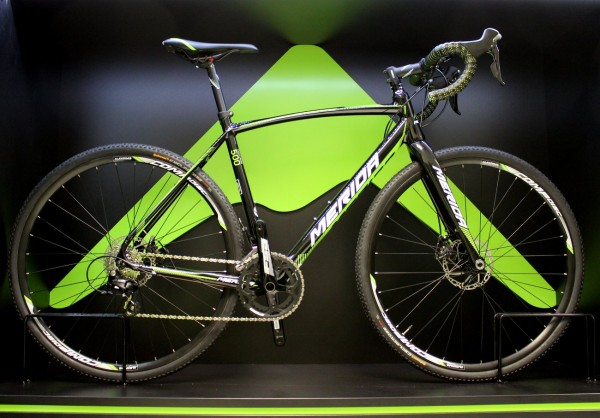 Find out more about the Pedal Your Cycle Cyclocross series at www.pedalyourcycle.co.uk/cc. Entry costs £12.50 for adults, £3.50 for U16s and just £2 for U12s. The next event is on Sunday February 22nd!