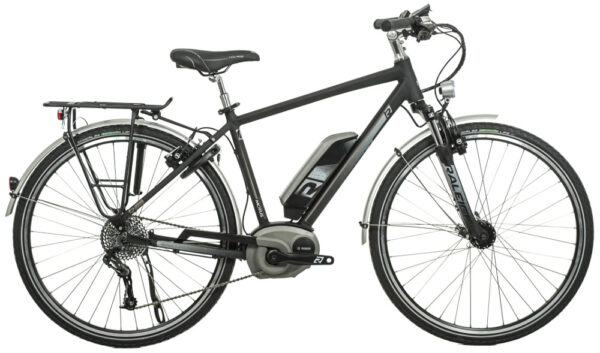 A new study into the benefits of e-bikes has discovered even keen cyclists are likely to cover bigger distances – and use a bike more – if they have a little motorised assistance.

The study grilled 66 volunteers who were given e-bikes to use for a few weeks.

Some had given excuses for not using a bike more, which included lack of cycling infrastructure, hills, the need to carry a load, and the problem of getting, err, sweaty during a ride.

Overall, the study had men reporting these barriers to cycling less frequently to women – and women were more into the idea of using and buying an e-bike.

Having an e-bike meant the test group took a greater percentage of trips by bike, and increased the total distance they traveled by bike. It meant fewer trips by car and public transport.

E-bikes increased the amount of cycling in terms of number of trips and distance cycled.

E-bikes have a bigger effect on female over male cyclists.

E-bikes have similar effects across all age groups.

E-bikes have an effect on commuting travel as well as leisure travel.

Interestingly, by the end of the study – carried out in Norway’s capital Oslo, cyclists who took part said they would be willing to spend more on an e-bike than before.

E-bikes have come on leaps and bounds in the last few years, with prices coming down, designs looking sleeker and bikes and batteries getting lighter.

The countryside around our Hay-on-Wye base is, shall we say, blessed with its fair share of hills – and an e-bike makes riding them a breeze.

Still not convinced? Even just a little bit E-bike curious?

We have a range of demo e-bikes including the Raleigh Motus and Batribike – for you to try before you buy! And you can hire an e-bike for as little as half a day!