Official! Cycling high is better than being a pop star! 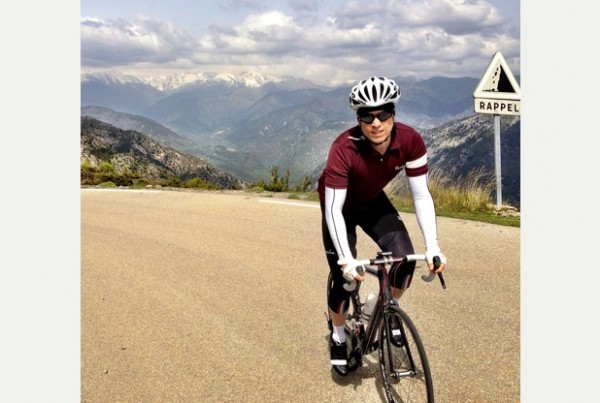 A lead guitarist with a top drum and bass band has talked about how cycling bests the thrill of live gigs.

S4C Tour de France pundit Peredur ap Gwynedd says bikes have helped him stop smoking – and he says the Welsh and UK governments should use cycling as a lead sport to promote healthy living.

Peredur, a guitarist with the drum and bass group Pendulum is a member of the S4C presentation team covering the world’s greatest cycling race.

The avid cyclist and musician, who has played with Natalie Imbruglia, Anastasia, Norman Cook, Sophie Ellis Bextor and Mylène Farmer and a host of other bands and artists, is in his element following the epic race that started in Yorkshire and finishes in Paris on Sunday after threading its dramatic way through England, Belgium and France.

He said: “Being part of a team presenting Le Tour is a dream come true for me because, apart from music, my wife Victoria and my family and friends, cycling is my life. Above all else, it has helped keep me in good health and it filled a huge void after I stopped smoking,” says Peredur.

“The buzz I get when playing a gig with Pendulum is huge, but the buzz I get from cycling is just as special, a bit different but lasts longer. You can live on the endorphins for weeks when cycling in somewhere like the Alps.”

As a son of a Christian Congregational minister, Peredur has lived throughout South Wales including Pontypool, Carmarthen, Llandeilo, Cwmgors and Crymych.

London is his home nowadays, and he’s in close contact with friends and musicians in Wales. He is also in close touch with some of the world’s best professional cyclists whom he has met by tackling some of the most challenging cycling routes in Europe.

“I’ve been lucky enough to get to know cyclists such as Manuel Quinziato, George Hincapie, Daniel Oss, Gustav Larsson and Cadel Evans, the Australian of Welsh descent who won the Tour in 2011, and learned a great deal from them about the sport. The friendship within the cycling fraternity is something special – it’s a community where people genuinely want to help each other.”

He adds, “The band’s gear all goes on the freight on the plane when we’re on tour, but I always make sure that the bike stays pretty close to me.”