We hate to say it, but summer is on the turn, those long nights are on the way out and it’s only a matter of time before your alarm clock is sounding while it’s still dark outside.

This can only mean one thing – it’s time to dig out those trusty bike lights and see if they’ve survived the summer season discarded at the bottom of the toolbox or languishing in dusty drawers.

On dark morning and evening rides, lights are vital for a couple of reasons – to see and be seen.

On a suburban commute there might be enough ambient street lighting for you to see the way ahead, and a full moon can make for an amazing mountain bike night ride.

But front and rear lights are a legal requirement if you’re riding on the road, along with amber pedal reflectors and a rear red one.

And if you’re planning to ride off-road on anything technical, you’ll want to light up the trail ahead with every lumen you can muster.

As ever, the unstoppable march of technology means 2015’s bike lights are brighter, lighter and offer more functionality than ever.

Here’s our pick of what’s hot in the world of bike lights for the coming winter season.

In a ‘my light’s brighter than your light’ contest, Cateye’s new offering wins hands down – and the competition just about escapes with their retinas intact.

Cateye have been perennial favourites for commuter-style lights for years, but for 2015 they’ve rolled out the big gun – the Cateye Volt 6000. 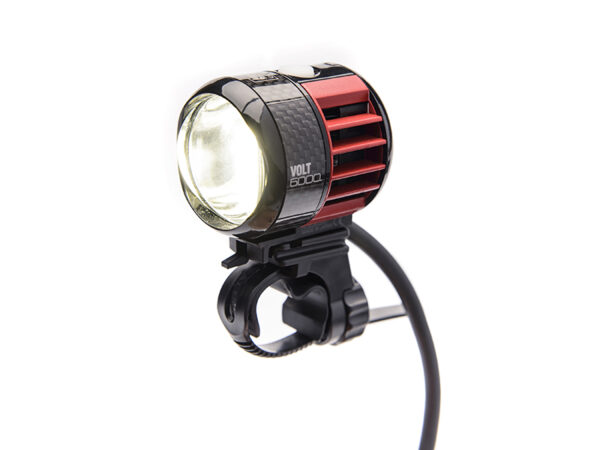 It’s a hi-tech superlight capable of chucking out a whopping 6000 lumens, making it the world’s most powerful bike light.

To put things into perspective, the average car headlamp on low beam is 700 lumens. In fact, Cateye advise riders don’t use the light on the road at full tilt for fear of dazzling oncoming traffic.

Of course, most riders aren’t going to need that kind of power for the full duration of their outing. Switching between the six modes on the fly is a cinch, and while the external battery will only burn at 6000 lumens for an hour, you’ve got a very impressive 8 hours at 1000 lumens or 4 hours at 2000 lumens – with the added option of the sun on your handlebars for when the going gets really tough.

With big-lumen lights, one repeat issue has been adequately dissipating the heat generated by the LEDS, and with 144 LEDS on board there’s clearly potential for the unit to get a tad warm.

Cateye reckon they’ve solved the problem with an on-board fan cooling system – and they’ve managed to bring the entire head unit in at a weight-friendly 90g.

Across the board, Cateye lights for 2015 are lighter and cheaper.  Alongside the Volt 6000, they’re offering the new Volt 1600, (£189.99 – 1600 lumens) with an integrated USB-rechargeable battery – all the light many will need for both on and off-road adventures. 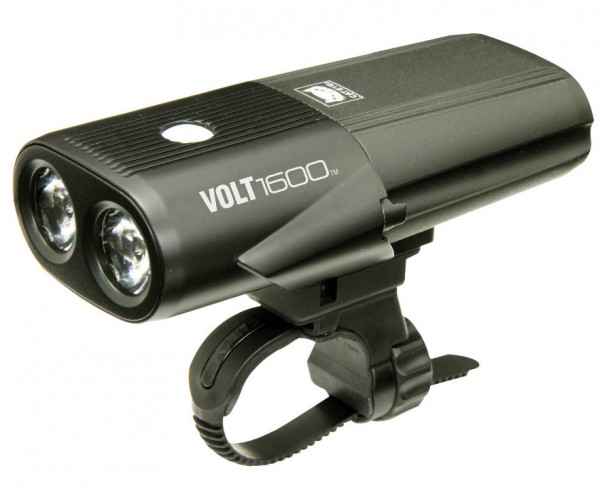 For rear light duties, Cateye win again in the ‘brightest’ competition, with the Rapid X3 (£54.99). It provides 100 lumens output for up to 30 hours in flashing mode and comes equipped with lightweight polymer Li-on batteries. 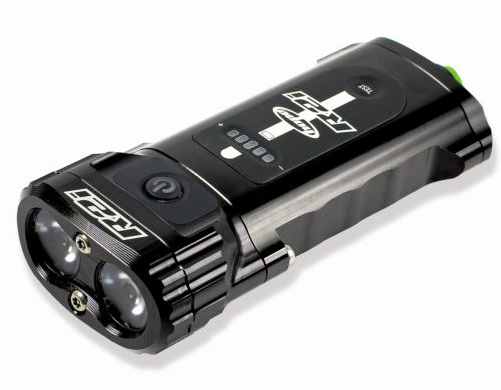 At the cheaper end of the light spectrum, Moon are offering a new 360-degree safety lamp, integrating a front headlight (60 lumens) and a 10-lumen rear red light in a single unit.

The Aerolite COB (£34.99)  is rechargeable via USB, features six modes and can be fixed to helmets, bars, drops, seatposts or stays with the included mounts. 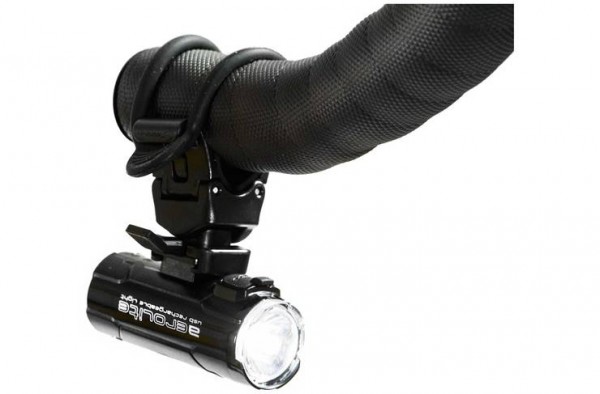 Also new from Moon is the 760-lumen LX-760, with CNC-machined aluminium heat sink casing, 7 modes and an overheat protection circuit. Quick release mounts make it easy to slap on bars or helmet and the rapid charge system juices up via USB.