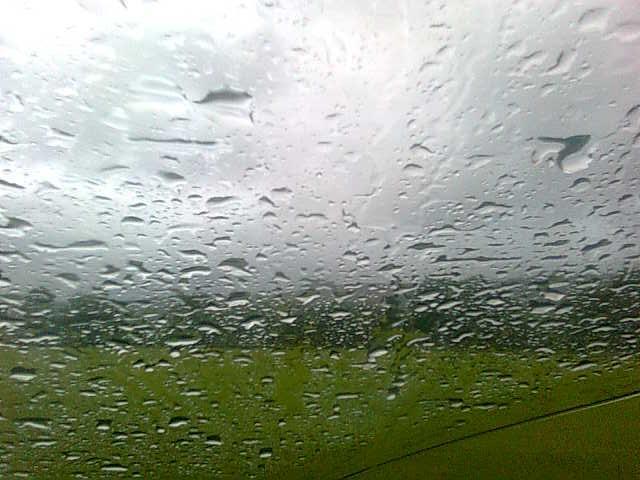 You may have read about the arrival of some winter gear from Sportful a little while ago. Perhaps unsurprisingly it wasn’t long before I got the chance to put it through its paces in some of the conditions that Wales does best (very wet, very windy and cold for the uninitiated). The weather was bad enough down in the valley but to give the kit a real test I was heading up into the hills to do some reps on one of my regular training climbs. At 4km the climb is not particularly long or steep (at an average of 5.3% gradient) but its got a couple of steeper pitches at 15% and 20% and the flatter sections are exposed to the worst of the elements, particularly when the wind blows from the south as it was on this occasion. I wanted to get in 4 ‘reps’ up the climb at my threshold power broken up by harder efforts up the steeper pitches. 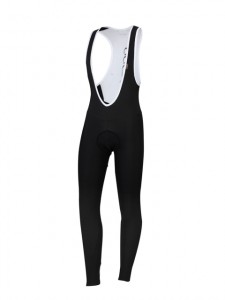 On the ride out to the start of the climb I was immediately impressed with the NoRain Bib tight and Hotpack 4 NoRain stretch jacket that I had selected for the occasion. The jacket fitted well and didn’t flap about in the wind, the rear flap was long enough to protect my lower back well and the front didn’t get knocked around by my legs when I was tucking up into the wind. The water-repellent tights were working an absolute treat and the water was just running off them. I was suddenly disappointed with my neoprene overshoes which are normally one of the more water-resistant items in my winter wardrobe. 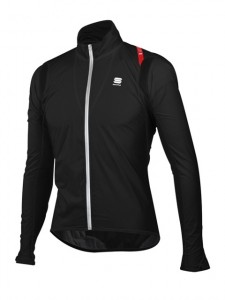 At the start point of my first effort some 30 minutes into the ride all was still well and I was dry and toasty warm. I deliberately left the jacket fully zipped up to give its breathable status a tough time. By the end of the second steep pitch, near the top of the climb I was hot but wasn’t yet experiencing any of the horrible clamminess that I have come to expect from waterproof-clad efforts. The legs were still dry at this stage but I had noticed that the water wasn’t running off the parts of the tights that were most exposed and most stretched (over my knees particularly). It wasn’t until after an hour that I started to get wet knees, the jacket was still going strong (unlike my gloves and overshoes which had caved in to the conditions many a mile ago!). After the final ascent my knees and thighs were damp but as the tights refuse to become water-logged they weren’t cold, even on the way back down! Taking the Hotpack Jacket off once back at home revealed that it had laughed at my attempts to make it fail: my base layer was almost as dry as when I put it on! Only the forearms were wet and that was probably water making its way in from my not-so waterproof gloves.

In conclusion it’s two big thumbs up from me…..No excuses for not getting out now!

Give us a shout if you want to find out more about Sportful clothing or stop into the shop to have a look at it in person.