Thumbs up for Genesis Zero range in mag tests 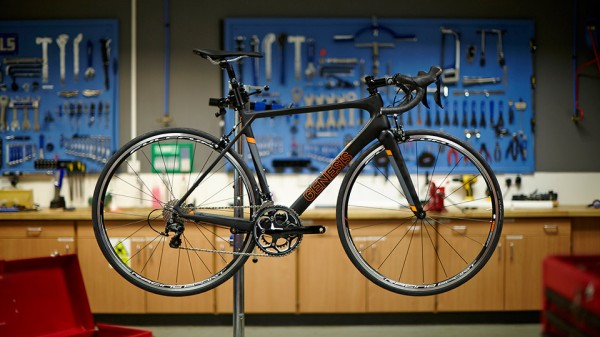 British brand Genesis courted controversy last year by breaking from their ‘steel is real’ roots and introducing carbon-framed road bikes into their line up.

Unveiling the Zero in August, team Madison-Genesis gave the bike its race debut in the Tour of Britain, and followed up with a six-strong range of production models – from, ahem, a high-end carbon copy of the team bike, down to the more pocket-friendly Genesis Zero One.

The move has paid off, with the bikes impressing in magazine tests.

Cycling Plus gave the Zero One the thumbs up with a 4 out of 5 star review (read it all here). The bike shares the same 950g chassis as the pro team model, but a more modest spec package brings it in at £1299.

The Cycling Plus test riders commented: ‘The Zero is a brilliant chassis – swift, comfortable and fantastic fun to ride. It is beautifully balanced and composed and we love the way it descends – its long position encouraging in-the-drops aggressive riding. Get up on the hoods on rolling terrain and this is a bike for covering big miles quickly.’

Over at Cycling Active magazine, the Genesis Zero 2 (£1499.99) was pitched head to head with the Raleigh Criterium Race – and came out tops.

The test riders said: ‘We loved the immediacy of the ride on the Genesis. It’s fast, responsive and agile and had just that little bit more feedback to make it feel like a performance bike. The feel of a real quality carbon frameset was very much in evidence.’

Check out the full review below.

Remember, we are an official Genesis demo centre and have been with the brand for years. If carbon isn’t your thing we have a stack of steel-framed Genesis Equilibrium bikes on our hire fleet for you to try before you buy, and a massively discounted ex-demo Equilibrium Disc – over £500 off at £975 – left over from our winter sale. 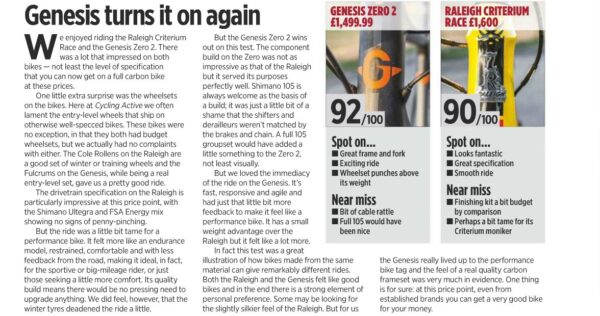 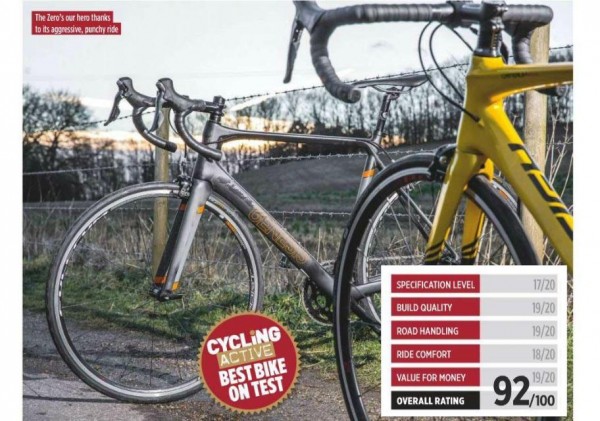