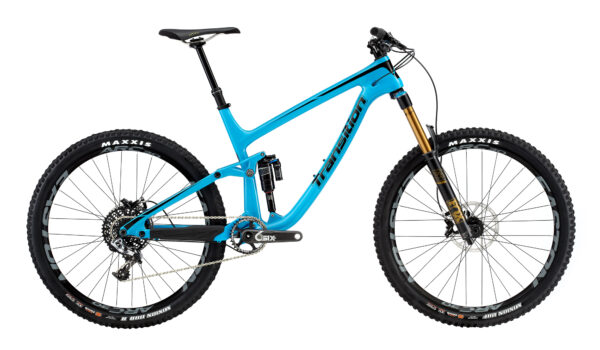 Big news on Transition Patrol Carbon availability – we have frames due to land imminently!

The Patrol Carbon is one of the most eagerly anticipated mountain bikes for the new season, and made Mountain Bike Rider magazine’s top five list of the hottest bikes for 2016 (see here).

Test riders declared the 2015 alloy bikes a flat out success and they became rare as hen’s teeth here in the UK.

Demand for the carbon version  of this long-travel enduro bike – which will save you around half kilo over the aluminium frame – is just as high.

We have two frames on order and one has been snapped up already!

But that means we have one medium frame in Transition’s signature blue up for grabs – it should be here in store by the end of December. 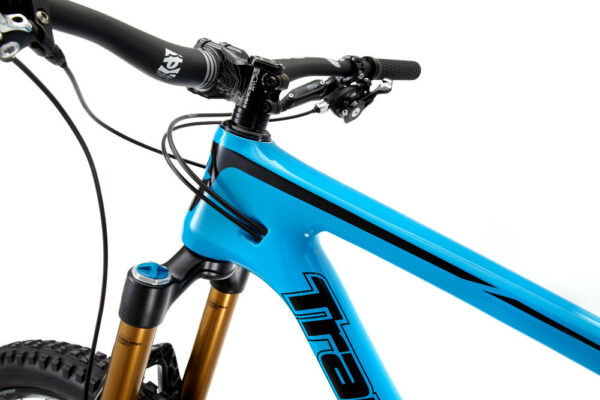 The Patrol Carbon is £2599.95, frame only, and we can spec a custom build for as little as £4000, although at this level, you’ll want to spec parts that match the stunning quality of the frame – we’d advise spending £4500+ to make the most of the bike.

Find out for yourself why Transition have proved so popular in the last 12 months – we have two of the Patrol’s stablemates in store for you to demo – the Smuggler 29er and the shorter-travel (125mm) Scout.

We are one of only a handful of Transition Bikes dealers in Wales, and the only one in the mid-Wales area.

Get in touch to demo one of the bikes, or to put first dibs on a Transition Patrol Carbon.