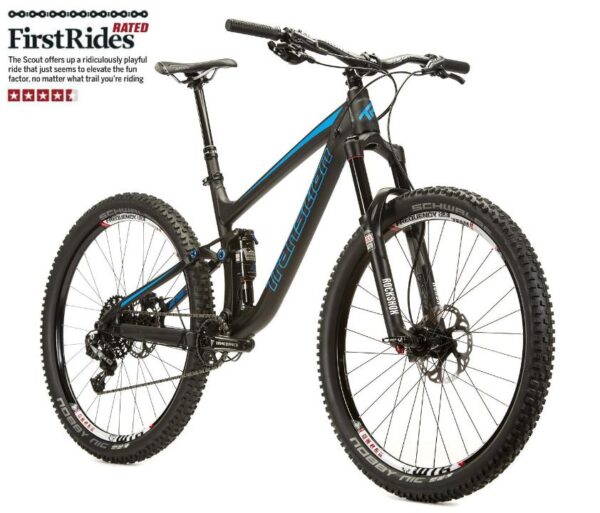 The latest issue of Mountain Biking UK is on the newsstands and this month casts its eye over the all new Transition Scout in a first-rides review.

Transition have courted controversy by dropping their much-lauded single-pivot suspension design for a Horst-link.

The new set-up has been implemented across the board on the 2015 line-up of full suspension trail bikes, which includes the enduro-friendly Patrol and Smuggler 29er.

The Scout is Transition’s mid-travel offering, designed around a 140mm fork and with 125mm of rear-end bounce.

And the good news is Transition are bang on the money with their new Horst link – it’s paid off in spades.

US-based Pinkbike sang the bike’s praises in this review last December and we made the Scout our Bike of the Month for February.

MBUK’s Transition Scout review is equally gushing, with their test rider commenting: ‘The naturally playful feel of the Scout becomes apparent within seconds of rolling into the first piece of singletrack. It’s easy to throw the Transition about, skipping between obstacles or launching entire sections with confidence.’

Remember we are one of only a handful of Transition dealers in Wales, and the only one in the mid-Wales region.

We have a Transition Scout demo bike – in lush satin black – here in the shop and ready to roll. 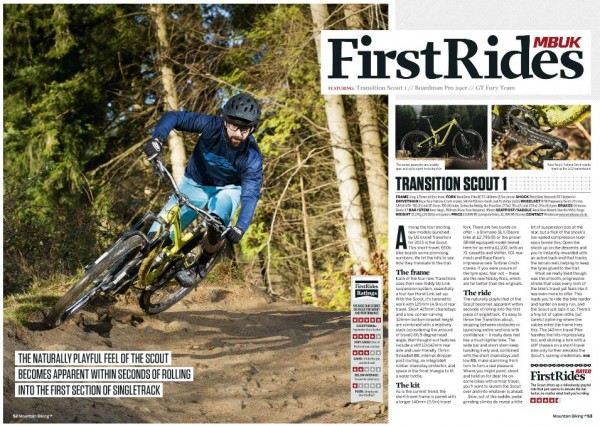 And check out the vid below for the full story on the development of the new bikes, delivered of course in Transition’s own inimitable style!

The Transition Scout comes frame only for £1399 and we can spec a full custom build for £2000.