What Mountain Bike Mag: Four stars for the Pyga 29er 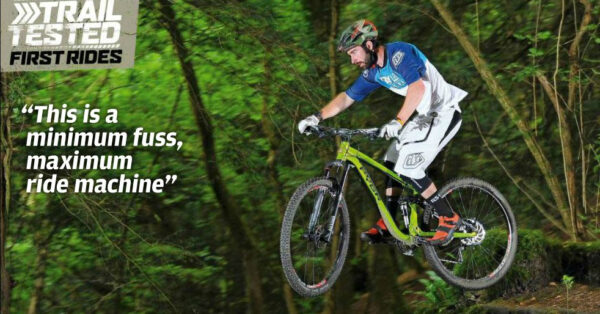 What MTB mag’s  testers went ga-ga for the Pyga OneTen 29er in the current  issue, proclaiming the South African-designed bike the perfect all-rounder, equally capable of big days out and black run hooliganism.

They praised the seemingly bottomless feel of the 110mm of rear travel. ‘It chops the tops of steps and sucks up large drops without stumbling,’ said the tester.

We’ve been backing Pyga since they landed on these shores last year and we’re one of only a handful of stockists in the UK.

The OneTen’s smaller-wheeled stablemate (rolling on 650b/27.5″ wheels) has received similar high praise in the mags, notably in MBUK where it came out top in a grouptest against Orange, Santa Cruz and Nicolai. Remember we have two of these bikes in the shop for you to demo.

Check out the full review below, and watch a video of What MTB’s Guy Kesteven testing a prototype OneTen here. 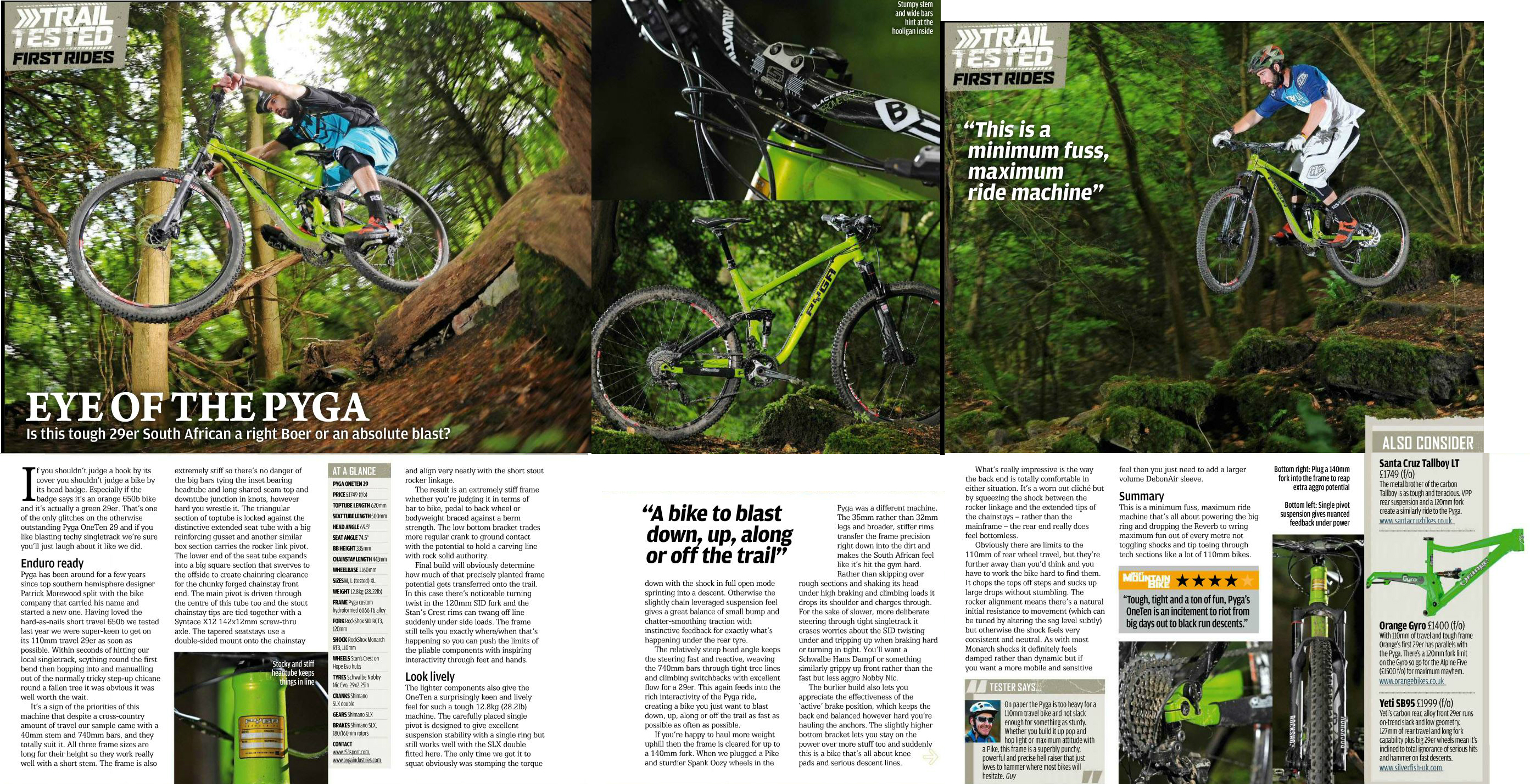